A young Boyle girl is making a name for herself in the national TV world.

Shona, who is a first class student of Scoil na nAingeal Naofa, stars alongside Dermot Bannon in the Vodafone commercials.

She previously appeared in a print shoot for Tayto Park last year.

Along with her sister Ava-Kate they have undertaken numerous print media shoots for many kids clothing company’s when they lived in California, i.e. Janie and Jack, Pottery Barn kids, Leapfrog, Nintendo, Gap, Old Navy to name a few.

They also appeared in a number of commercials. One that screened on TV was for Benioff children’s hospital were they played ‘future doctors’.

You can view the commercials here and here 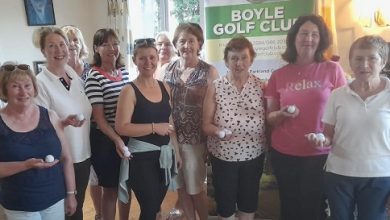