Congratulations to Peggy Feely who won Sandra McCrann’s Lady Captain’s Prize last Sunday. Ruth Hogg came a close 2nd, Liz Dwyer won the gross and Regina McLoughlin was 3rd. At the presentation Lady Captain Sandra thanked everyone for attending and welcomed the Captain Michael Rush, Lady President Liz Dwyer & Mens President Charlie O’Donnell. She thanked everyone who had played or helped in any way to make the day a great success with special thanked the Ladies Committee for their great support. She thanked the Course Committee and Charlie for the great condition of the course with special mention for Michael Rush, Willie Tiernan and all the volunteers. She thanked Mary McDermott and her team for the excellent food and also thanked Vincent for looking after the bar and all those who help in the bar. She thanked the men for taking part and for their great support. She finished by asking members and friends to support Open Week and to support all our Sponsors.

The winner Peggy Feely said she was delighted and thrilled to win the prize. She thanked Sandra for putting on such a great day and for being a great Lady Captain. She thanked Charlie and all the volunteers who keep the course so well and Mary McDermott for her great hospitality. She finished by thanking her playing partner Criona O’Donnell & Margaret Loftus for their great encouragement. Gertrude Crummy, on behalf of the visitors thanked Sandra and the Club for a great day and said she was delighted to win the prize. Dave Purser, the Mens winner, thanked Sandra for a great weekend and said that he was thrilled to win Sandra’s prize to the Men.  The full list of winners were

In Inter Club matches well done to our Cecil Ewing Team who had a great win against Rosses Point last Friday.

Thanks to the Open Week Committee for organising the week and to our generous sponsors for the prizes. 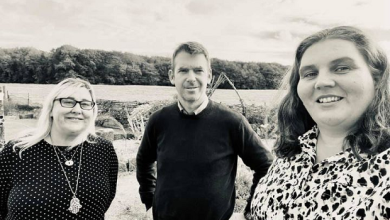 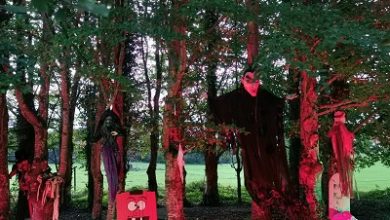