MENS MIDWEEK COMPETITION – The 12 hole stableford played on Thursday the 19th was won by Gerry Carty with 29 points, in second was Tom Kearney with 28 and back in the winners enclosure after a few months absence was Cillian Doyle, taking third place with 27 points. The “2s club” was won by Gerry Carty.

INTERCLUB – The men of the club recorded a good win over Ballinamore in the first round of this years Jack O’Sullivan Trophy. The team is ably captained by Charlie O’Donnell.

JAMES SHIVNAN MEMORIAL CUP – James Shivnan was a very popular member of Boyle Golf Club and since his untimely passing we have played an annual competition for a perpetual trophy in his honour. This years competition will be an 18 hole stableford taking place on Sunday the 19th of August with an entry fee of 10 euro for members and 15 euro for visitors. Online booking is available at www.boylegolfclub.com.

CAPTAINS PRIZE –The biggest event of the year for the male golfers of the club is almost upon us with Terry Canning’s Captain’s Prize for 2018 taking place on Sunday the 29th of July. The competition will consist of an 18 hole strokeplay, with the best scorers qualifying for a 9 hole play-off later that evening with presentation of prizes taking place shortly after the end of the play-off. Online booking has opened for this competition with several of the earlier tee-times reserved already. 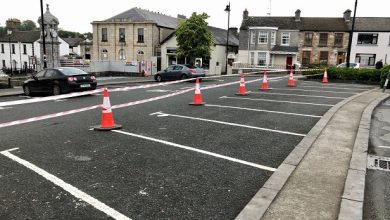 Casual trading bays to be marked out on Crescent