Preparations are continuing for four local cyclists who will undertake the gruelling 555k Donegal Atlantic Way Ultra Race next Friday as a four person team.

Team Trojan cyclists Declan Noone, Gavin Brennan, Des McLoughlin and Eddie Conroy will be accompanied on the race by a very experienced three man crew, who are crucial for a successful completion of the event which starts in Letterkenny on June 22nd.

Enda Madden will once again direct proceedings as Crew Chief and is joined by last year’s other crew members, Oliver Donagher (driver) and Michael Sweeney (navigator).

The four cyclists have been clocking up the miles over the last number of months to prepare for this very testing event.

They are aiming to raise €3 for every kilometre cycled, so €1,665 is their target.

All of the funds raised will be used by Roscommon / Mayo Hospice to continue to provide much needed assistance to families and loved ones affected by Cancer.

It’s a tough challenge but the more money raised, the more encouragement the cyclists will have to complete the race within 22 hour

The Donegal Atlantic Way Ultra Race route follows the Wild Atlantic Way around the stunning coastline of Donegal. Competitors will depart Letterkenny and take on some of the most scenic roadways to be found anywhere in the World. The route takes you past Malin head, Mamore Gap, Knockalla, Atlantic Drive, Horn Head, Carrickfin, Glengesh Pass, Sliabh League and Barnesmore Gap.

The Boyle team are hoping to complete the 555 km in under their previous 23 hours and will cycle in a relay format with frequency of change over being at the discretion of the team and crew.

For 2018, they are cycling the event to raise much needed funds for the Mayo / Roscommon Hospice and you can make a donation here 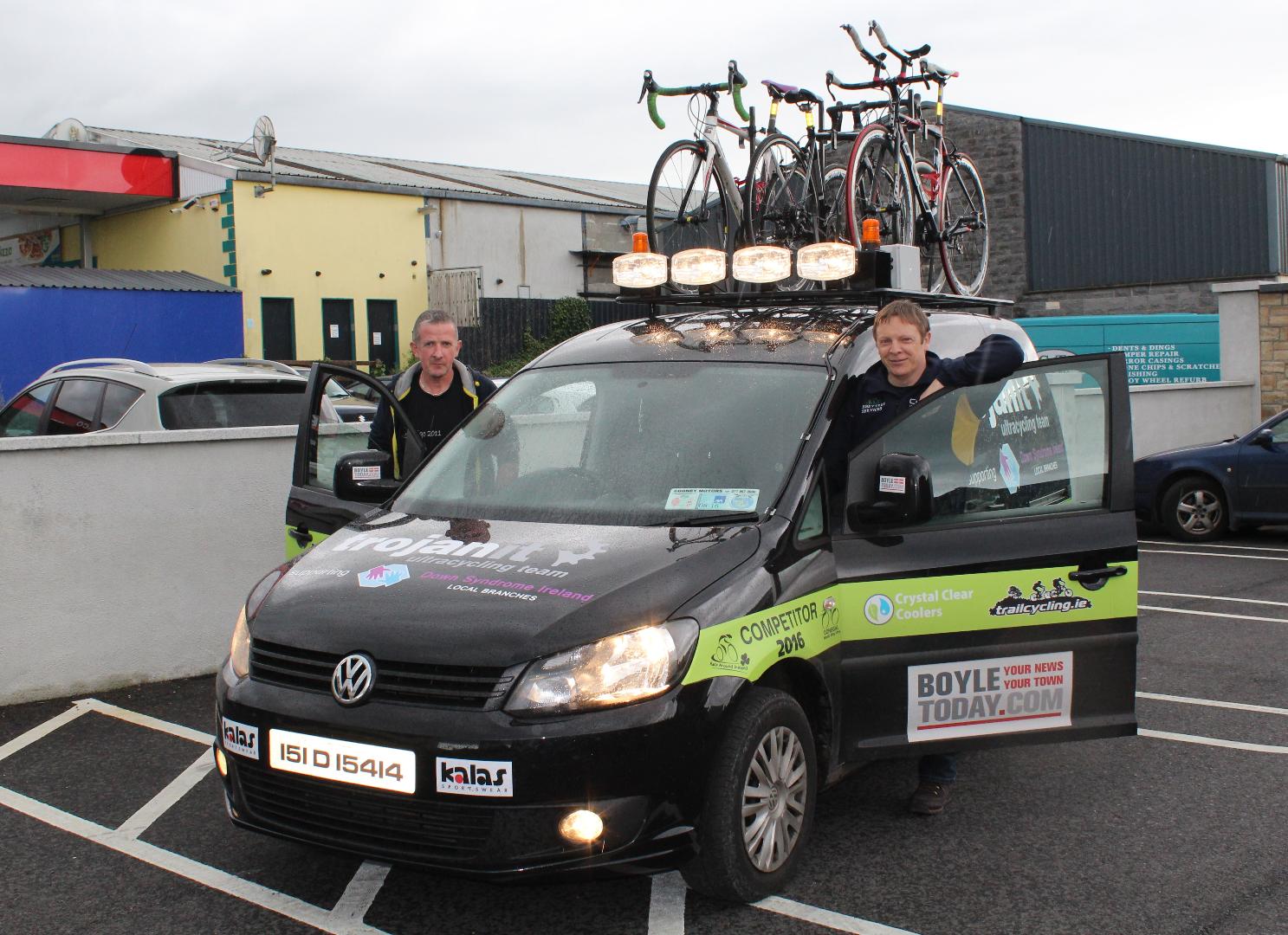