A large crowd gathered in the grounds of King House for an interesting and at times comical address by Mr Pope.

Festival Chairman Gerry Kielty in his address spoke about the “resilience and energy” of the town and the “volunteer ethic” that prevails in Boyle.

Gerry paid tribute to the hardworking committee whom he informed the large gathering, has met 62 times this year.

Gerry also thanked their sponsors, those who visit the Festival, the artists, volunteers and people of Boyle who support the festival each year.

With over 143 pieces of art in King House and 243 in the local exhibition in the Parochial school along with exhibits in various premises in the town, there “is something for everyone” according to the Chairman.

The winners of the local art competition were announced: 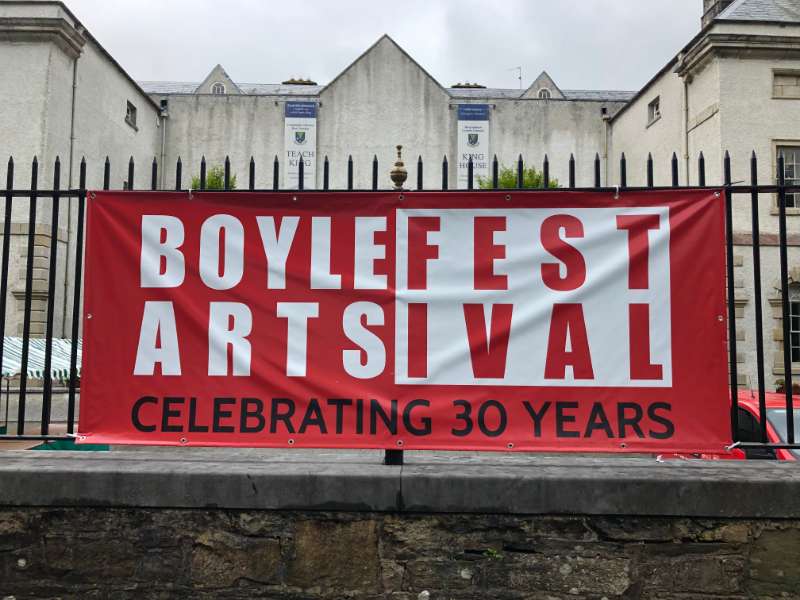