The exhibition titled “For the Record” will be opened by well knwon musician Matt Molloy at 3pm and runs until Saturday 2 April 2016.

Molloy’s father had a daring escape from the Boyle Military Barracks in 1921.

Boyletoday.com photographs give a taste of the exhibition.

Barry Feely , a member of the Old IRA Commerative Committee who have organised the exhibition, is photographed with the Ballinameen Bomb which will also be on show.

(See Boyle’d Pot for more on this)

On Sunday, a ceremonial gathering will be observed as volunteers’ relatives attend 11.30am Mass wearing their family member’s Old IRA medal. 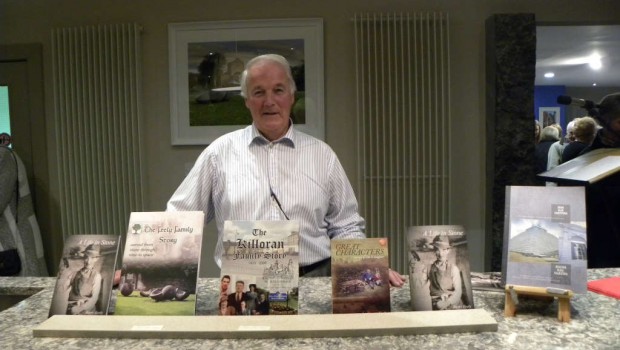 ‘They Dared to Challenge’ – an ideal Christmas gift