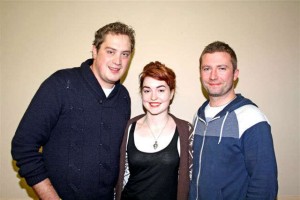 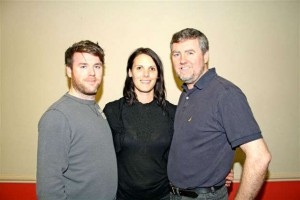 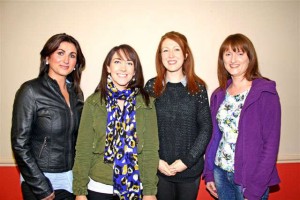 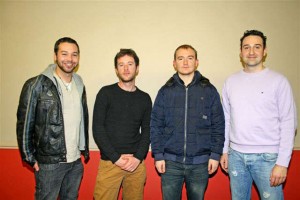 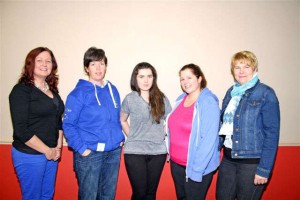 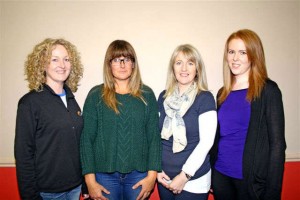 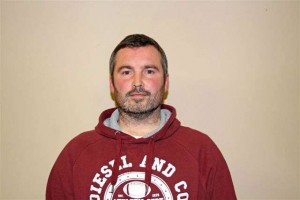 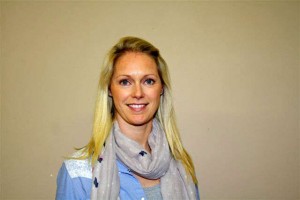 The curtain raised Wednesday night to a full house for Boyle Musical Society’s production of Grease.

The show will continue every night until Sunday commencing at 8pm.

BMS is fortunate to have two very talented ladies making up the production team this year and turning in her third year as Director with BMS is Vivienne Caldbeck-Moran, who is no stranger to stage directing. Vivienne is continuously directing shows for variety groups and schools, running workshops and if all of that isn’t enough… she is also taking on her usual role as choreographer for Boyle Musical Society!

Musical Director, Anne Kielty has once again lent her energy, enthusiasm and expertise to coax the very best from the cast and chorus, while ensuring that this year’s electric band are going to rock the joint! Along with being Musical Director and orchestra pianist, Anne is also rehearsal pianist and chorus mistress!

Written by Jim Jacobs and Warren Casey, Grease follows a group of American teenagers, as they navigate the complexities of peer pressure, core values and love, during their last year in High School.

Grease is bursting with energy, teen spirit and brilliant songs like ‘Summer Nights’, ‘You’re The One That I Want’, ‘Greased Lightning’, ‘Sandy’ ‘We Go Together’ and ‘Hopelessly Devoted To You’.

The year is 1959 and the rebellious, thrill loving students are going back to Rydell High after the summer. There’s a new girl too – the wholesome and naïve Sandy Dumbrowski (played by Colette Noone, making her BMS debut). She tells her new friends, a group called the Pink Ladies, about her summer romance with Danny Zuko (Adrian King, reprising the role he played in 1993). Danny is part of the T-Birds and describes his summer romance as a fling, while Sandy tells her new friends, the Pink Ladies, that she found true love. The Pink Ladies are Marty, (Ceara Conlon) Frenchy, (Edel Dwyer) Jan, (Tracy Gunning) and Rizzo (Gráinne Caldbeck). The girls don’t tell Sandy that Danny goes to the same school and when the two are reunited, things don’t work out as planned! Sandy is heartbroken when Danny snubs her in front of the T-Birds and the girls invite her to a pyjama party at Marty’s to experiment with wine, cigarettes and pierced ears. Meanwhile the T-Birds are busy stealing hubcaps and teasing each other about Kenickie’s ‘new’ used car. The T-Birds are Doody, (Darragh Beirne) Sonny, (Conor Durkin) Roger, (Robert Reid) and Kenickie (Marc Egan).

Later, Danny sees Sandy at Cheerleader practice and tries to apologise – but the head cheerleader, Patty Simcox (Laura McCrann) interrupts them and flirts with Danny. She tells him that the track try-outs are coming up and Danny leaves to join the track team, just to impress Sandy. The T-Birds and the Pink Ladies meet up in the park later and while Roger pairs off with Jan, Rizzo teases Danny for falling in love with Sandy and makes fun of her, to the amusement of all the others. Sandy arrives and overhears them and tells Danny that she wished she never met him!

On the night of the High School Prom, Sandy stays home alone while everybody else goes. Kenickie arrives with his date, Cha-Cha DiGregorio (Kayleigh Geoghegan) but immediately dumps her for Rizzo – whom Danny had brought! This leaves Danny with Cha-Cha and they enter the Hand-Jive dance competition. Special guest celebrity Radio DJ, Vince Fontaine (Enda Regan) is judging the contest and declares them the winners and Danny wins two drive-in movie tickets. A little later on, the T-Birds learn that Cha-Cha is the girlfriend of one of their rivals, the Flaming Dukes. When they hear that Danny had danced with her, they challenge the T-Birds to a ‘rumble’. When Danny hears this, he decides to take part in a track race instead and ask Sandy to a movie. Meanwhile, Frenchy is trying to decide what to do with her life and turns to the heavenly Teen Angel (Brendan Reid) for advice.

Sandy agrees to go to the movie with Danny but when he tries to get intimate with her, she leaves. Later, she realizes that if she wants to be with him, she will have to change and goes to Rizzo for advice. Rizzo suggests a few changes that Sandy could make to her attitude and wardrobe, but will she agree to it? And if she does, will Danny like what he sees and will they end up happily ever after? The answer to those questions will be revealed in St. Joseph’s Hall, over the next five nights!

A brilliant cast of 31, including many familiar faces, have been working on this show since September. BMS are delighted to welcome back on stage the Mullingar Mojo, Paddy Fennelly who will play the rock ‘n’ roll legend, Johnny Casino and Gavin Ward, who will take on the role of Eugene Florczyk. And by some undeterminable twist of fate, local teacher Mardette Lynch will assume the role of the High School teacher, Miss Lynch! They will all be joined on stage by Fiona Keenan, Paul Purcell, Tatum McPadden, Eugene Beirne, Daniela Beadnall, Catherine Bolger and Vanessa Geoghegan. Making their stage debut with the Society this year are Laurina Brennan, Diarmuid Beirne, Marina Beirne, Cathy Garavan, Margaret McKenna, Ailbhe Conlon and Tara Tansey.

Grease will continue until Sunday Nov. 23rd in St. Joseph’s Hall, Boyle. Tickets are €15, with special concessions of €12 for the Thursday and Sunday performances. Tickets will be available at the door on all nights but booking is strongly recommended. The BMS booking office is located next door to Marian’s on Bridge Street and it will be open every day this week until Saturday, from 12:30pm to 2:30pm. Tickets can also be reserved on the BMS Ticketline 087 1044330 during booking office hours only and there is no booking fee. Please note that there is no booking available for the Wed. and Thurs. performances.

Please note that all performances are at 8pm.

For further information and a detailed view of the seating plan please go to www.boylemusicalsociety.com You can also follow Boyle Musical Society on Facebook.