New born babies from Boyle and North Roscommon could soon be wearing the ‘Bit O’Red’ with the continuation by Sligo Rovers FC of the community initiative which sees every baby born in Sligo University Hospital this year offered a Rovers jersey on the day they enter the world.

The project, headed by the club and The Bit O’ Red Supporters Trust in conjunction with Sligo University Hospital, saw 1,200 Rovers jerseys donated to families of newborns in Sligo and parts of Leitrim, Donegal, Roscommon, Cavan and Mayo.

This season Sligo Rovers have maintained the use of JOMA Sport home and away jerseys for the 2022 season as part of our commitment to make football affordable for all and sustainability in our community.

This year even more jerseys will be produced free of charge for families during their stay in Sligo University Hospital.

The move comes ahead of the new Sligo Rovers Women’s National League team playing their first competitive game on Saturday as well as the men’s team playing their opening league match at home in The Showgrounds on the same day against Dundalk at 7.45pm.

Sligo Rovers chief executive Colin Feehily said: “We’ve received so many messages of gratitude from families and stories of new generations of Sligo Rovers fans being born and proudly wearing their first jersey within hours of coming into the world.

“For over 90 years we’ve built an inclusive club where the tradition of following the club – and maintaining its roots in the community – is passed down in families.

“It is one of our greatest strengths and giving back to the long-time supporters of the club – and welcoming new families and supporters with a gift from the Bit O’ Red – was one of the highlights of last season.

“Together with the Bit O’ Red Supporters Trust, we’re delighted to continue this programme. Our merchandise sales are at an all-time high and we continue to receive the financial backing from the public who allow us to field the eight Sligo Rovers team week-to-week from men’s senior to academy and now our new WNL side. We want to say a huge thank you to everyone who contributes and give back in this way as a token of appreciation.

“I’d like to thank our sponsors for being very supportive in allowing us to make it logistically possible and financially viable again and most of all the staff at Sligo University Hospital. They’ve supported so many families particularly in the last two years. We hope the sight of newborns and the Bit O’ Red brought them some joy along the way.”

Gerard O’Connor of the Bit O’ Red Supporters Trust said: “Over the last year, the positivity the baby jerseys have created within the region has been immeasurable and priceless.

“We are delighted to play our part in this wonderful initiative. It has been a tough time for everyone and this is our small way of thanking the people of the region for their unwavering support.”

Sligo Rovers jerseys, both home and away, are on sale here. 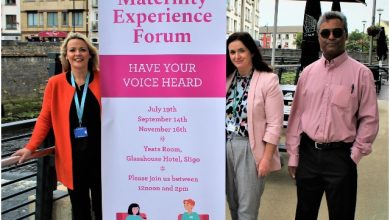