CAPTAINS PRIZE – Jonathan Egan’s Captain’s Prize to the men was held on Sunday the 15th of August with a very strong field taking part despite clashing with the Roscommon under 20s game in Dublin. The events of the weekend commenced with a very successful and social Captain’s Scramble on the Friday evening with presentation afterwards. It was great to see a number of teenagers taking part in the competition. The Captains Prize to the Ladies was competed for on the Saturday.

The winner of the men’s Captains Prize for 2021 was Jason Beirne who was the joint leader (with 5 others) with a nett 65 going in to the 9 hole playoff. It was an extremely tight finish with Jason just edging Lorcan Egan in to second place by half a shot. The presentation of prizes was held immediately after the playoff. Jonathan Egan congratulated all the winners and thanked several members who had contributed to the very successful year the club has been having on all fronts.

The club ran a small fundraiser connected with predicting the winner of the Captain’s Prize and have since donated the proceeds of 200 euro to the “Cycle for Sandra”, the Hospice fundraiser that commemorates our much missed former Lady Captain, the late Sandra McCrann.

INTERCLUBS – Best of luck to Lewis Shaw’s Connacht Shield team who take on Castle Dargan next Monday 23rd, teeing off at 4pm.

Sean Heslin’s Jack O’Sullivan Cup team are now in the zone final against Tubbercurry having beaten Rosses Point and Carrick On Shannon Golf Clubs in the previous rounds. That match takes place the following Monday the 30th at 3.30pm. Here’s hoping they can continue their fine run. 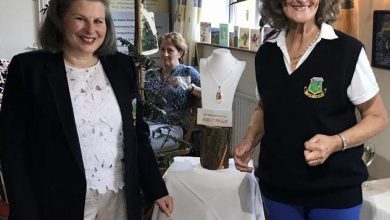