A special meeting will be held in Boyle on Wednesday evening to highlight “hidden poverty in rural Ireland”.

Organised by local man Tony Scanlon, who is a social worker and qualified chef, the meeting will be held in the Family Resource Centre at 8.30pm.

Tony told Boyletoday.com: “I became aware that there seems to be a degree of hidden poverty, in rural Ireland.This poverty trap now appears to ensnare as many people in full time work as it does people on welfare. It appears that when utility bills are paid, there is very little money left over. Research illustrates that food quantity and quality are the first to suffer in this scenario.This research is published on Poverty and Homelessness Facebook page”.

“A recent study conducted by Mandate and Unite Unions estimates that there are 17 thousand individuals experiencing poverty in the counties Leitrim, Roscommon and Sligo with 6,800 of those located throughout County Sligo.”

“I set up a Facebook Page called Poverty and Homelessness about two weeks ago with the aim of establishing the scale of  hidden poverty in Sligo,Leitrim and Roscommon , to make contact with individuals experiencing food shortages and put in place a system which will provide nutritious food to anyone who makes contact.”

“This project was initially set up as a stand alone project. However it quickly emerged that Boyle Family Resource Centre were commencing a similar scheme to be overseen by the Dept. Of Social Protection. It was decided that the most efficient use of time and service delivery would be met by pooling our resources together.”

“To date we have 4 food retailers willing to donate food to us twice a week. This food has reached end of shelf display life, but is perfectly good food.”

“We put structures in place meeting health and safety requirements pertaining to food handling  and transportation  in terms of refrigeration and freezing and we have an offer of two rent free buildings which will act as a base for food distribution, depending on response levels.( one is much larger and more private)  We hope to put in place a team of volunteers who will staff the centre and give food to all who call.”

“We are having an open night on Wednesday 28th June at 8.30 pm in the Family Resource Centre, Military Road, Boyle, Co. Roscommon, The objective is to share what we have done so far and to promote conversations raising awareness of the struggles that are being faced by many within our community and to promote an awareness that poverty and especially that food poverty is a real phenomenon, that it is primarily hidden and that it is estimated that one in six children may go to school hungry at some point every week. From our perspective this should not be so and does not have to be so. it is simply a matter of making contact with us to receive food, free of charge. We are also open to the idea of delivering food to peoples homes if that makes life easier.” 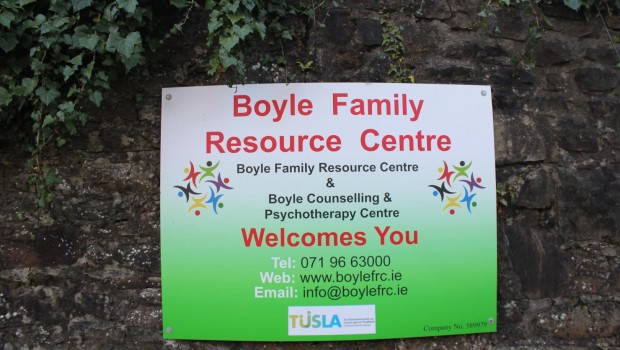