Boyle Celtic player Niall Brennan has been named in the Republic of Ireland amateur squad squad for the forthcoming UEFA Regions Cup Finals in Turkey.

According to a statement form the Sligo, Leitrim and District Soccer League, “The Connacht Munster region will face Russia representatives South Region on Saturday, July 1, then meet Spanish representatives Castilla y Leon on Monday, July 3, before the group concludes against Czech side Olomouc on Thursday, July 6. The group winners will progress to the final.”

Ireland are the current holders of the UEFA Regions Cup following their success with the Leinster Munster selection in Dublin two years ago.

The squad came together for two friendly games against Jersey at the weekend. They won 5-2 at Jackman Park, Limerick, on Saturday and then 2-1 in Frank Cooke Park, Tipperary, on Sunday.

The Irish boss believes those games ensured all of the squad got the opportunity to stake their claim for a place in the final 20 travelling to Istanbul.

“The two games against Jersey were ideal. They were two great tests and Jersey showed they were a decent side. There were some really good performances over the two games,” said Davis.

“On Saturday morning when we all met up we showed the players a video of the qualifying games we came through and a feel for what’s at stake in Turkey. We gave them a flavour of what they were aiming to be playing in and I think the performances showed the response we got from that.

“Of the final squad, 16 are still with us from the qualifying group in Italy. Only Brendan O’Connell, Ken Hoey, Chris Higgins and Jimmy Carr have finals experience from the past so it’s a new group and the attitude and determination we’ve got from players who weren’t on the radar before has been great.

“They’ve bought into everything we’ve done with them from the tactical work, the analysis side, diet and nutrition and their fitness. Its great credit to them. Unfortunately Stephen Bradley from Janesboro in Limerick was a long term injury absentee but we’ve been lucky enough on that side of things.

“We’ve had a look at a lot of players and people who’ve done well this season for their clubs have shown that they can come through. David Stack has done very well for Cobh Wanderers, Niall Brennan was part of the Boyle Celtic side that did so well and Chis Smith from Abbeyfeale was the first Desmond League player included at this level.” 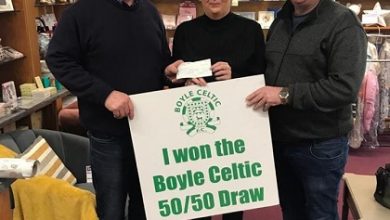