Over 15,000 passengers are expected to pass through Ireland West Airport Knock this Easter weekend making it one of the busiest easters in recent years at the airport.

Passenger numbers over the Easter period are expected to be up by 5% this easter versus the same period last year as people from throughout the region welcome home loved ones from overseas and others look to escape to sunnier climates abroad.

New services to Eindhoven in the Netherlands and Kaunas in Lithuania, which started two weeks ago combined with additional services to London Stansted and London Luton, added by Ryanair have accounted for the increase in numbers expected through the airport this Easter.

New services to Cologne with Germanwings and Glasgow with Ryanair are launching next month which will further boost traffic through the airport as 2014 numbers are expected to reach a record high of 700,000 for the first time this year.

Donal Healy, Marketing Manager, West Airport Knock said: ‘This Easter is expected to be one of the busiest in recent years with very strong numbers expected on our 25 services to the UK and Europe.  Already this year we are seeing double digit growth in the numbers of people using the airport in particular from the likes of Donegal and Galway which is significantly boosting passenger numbers’ 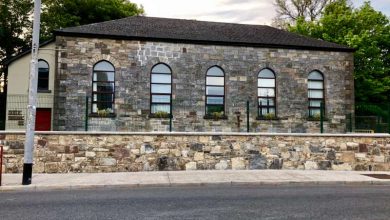