Irish Water has confirmed that the hose pipe ban has been lifted in County Roscommon.

According to the company “the Water Conservation Order has been lifted for the north west region which includes Clare, Galway, Mayo, Sligo, Leitrim, Roscommon, Donegal, Longford, Cavan and Monaghan. In the midlands and south east, supplies are now generally functioning normally with full service levels available. However, borehole and river levels remain historically low and we must provide for potentially dry weather during September. We are therefore appealing to all customers to continue to conserve water in these areas as the supplies remain lower than normal.”

” The first four weeks of August has seen some periods of rainfall nationally. In the north and west of the country, this has resulted in increased flows in rivers, some recovery in lake levels, which have been confirmed by the OPW and ESB monitoring data. In these areas, in particular, we have been able to scale back the emergency measures put in place during July, with the majority of water supplies working normally.” 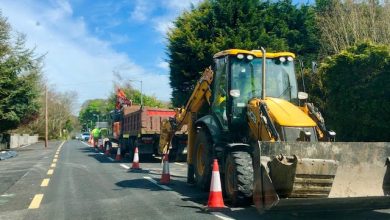