Another example of how Boyle people look after each other

Next Thursday morning at 10am, Boyle Family Resource Centre will host a webinar aimed at helping the business community of the town. The idea for the online event came at a recent FRC Board Meeting when one of the Director’s suggested it would be great if the Centre could reach out to the local business community – many whom have been hard hit with the lockdown. During the current crisis, we often think of the effect isolation can have on the young and the old, but we can often forget the effect the closure of a business can have on the mental health of the owners. Never found wanting, the team in the FRC stepped up to the mark following the suggestion, and have devised an hour long ‘self help’ event for the community. Topics covered will include: “Supports and services available to you, your families and employees through Boyle FRC, input from FRC Mental Health Promotion Project, minding your mental health and tips and ways of making small changes that can increase your wellbeing along with an opportunity for further ways the FRC can offer support to you and others around you”. Those logging on do not have to participate – it is not a zoom call, you can just listen and get some positive help to get you through the current crisis and you do not have to be in business to log on either – it is open to everyone. To ascertain numbers, it would be appreciated if those attending could pre register here.

A famous Boyle man on our TV screens

When you think of Boyle and it’s most famous TV stars, the name Chris O’Dowd straight away comes to mind. But another famous Boyle man is back on our screens and continuing to make a name for himself on Irish TV. Neville Knott originally from Military Road/Main Street, is currently hosting the popular TV show ‘Showhouse Showdown’ on TV3. Described as ‘Ireland’s best known interior designer’ Neville is joined on the show by another well known presenter –  Laurence LLewelyn-Bowan. Neville has previously hosted hosted programmes such as Beyond the Hall Door, Showhouse and Neville’s Doorstep Challenge and he is a regular visitor to his home town of Boyle.

It was an eerily quiet St. Patrick’s Day in Boyle last Wednesday with the only bit of life out in Rockingham which was frequented by a large number of people, many well outside their 5k. The Gardai, in fairness, were present but the Park is a big spot to police and it is hard for them to be everywhere, although there were a number of fixed penalty notices issue (see story on home page). One smart move by the Gardai was the distribution of leaflets on cars advising of safe parking and the need to keep valuables out of sight. If you were outside your 5k and you saw the leaflet on return to your vehicle, you would be well aware the Gardai had seen your car and were out and about in the Park!

If you are from Boyle and you hear the word ‘animation’, chances are you automatically think of Boyle native Paul Young and his Kilkenny based company Cartoon Saloon. In recent days Cartoon Saloon has been in the news once again as a result of it’s nomination for an Oscar with their production of ‘Wolfwalkers’.
But there is another animation company, here in Boyle, working nice and quietly out of the Spool Factory Co Working Hub, making a name for itself and being listed this week by thinkbusiness.ie as ‘One of the top Irish animation businesses to watch’. In it’s listing of Studio Meala, thinkbusiness.ie said: “Based in Boyle, Co Roscommon, Studio Meala is dedicated to making high-end animated content. It works with some of the best animators available to deliver cutting edge animated content in a culture that truly empowers creativity. Shows include Sunburn, Murder by Numbers, Warframe, The Frog and The Reindeer Feeder”.
Animation Ireland says that Ireland is now one of the best places in Europe, and indeed the World, to produce animation as the Irish passion for storytelling and the arts has a created a culture perfectly suited for world class animation studios to thrive upon.

Well done to the many commercial and licensed premises in Boyle who, despite being closed, took the time to decorate their windows for St. Patrick’s Day. It brightened up the town on what was a quiet, uneventful national holiday. But if the day of the 17th was quiet, then going by the amount of alcohol that was being purchased on Wednesday in the various supermarkets, the night must have been busy. There were plenty of people with slabs of beer and bottles of spirits moving around the town on Wednesday evening/night, obviously heading to house parties despite repeated calls to stay home and avoid such gatherings. If people persist in having and attending house parties, the hope of getting back to some form of normality next month will be diminished greatly, as case numbers continue to rise as a result of social mixing.

Boyle got a few nice mentions nationally on St. Patrick’s Day. On the Late Late Show, regular Boyle visitor Brendan Gleeson gave a shout out for ‘Denis down in Boyle….. in Dodd’s,….. for his 60th.’ Earlier on the RTE Nine O’Clock news an image was flashed on screen of the Mummers visit to the Plunkett Home in the town earlier in the day, while another image of the Mummers visit, by well known photographer Brian Farrell, also made the ‘St Patrick’s Day Images of the Day’ on irishtimes.com.

A father told his three sons when he sent them to the university: “I feel it’s my duty to provide you with the best possible education, and you do not owe me anything for that. However, I want you to appreciate it; as a token, please each put €1,000 into my coffin when I die.”
And so it happened. The sons became a doctor, a lawyer, and a financial planner, each very successful financially. When they saw their father in the coffin one day, they remembered his wish.
First it was the doctor who put ten €100 notes onto the chest of the deceased.
Then came the lawyer, who put a single €1,000 note there, too.
Finally, it was the heartbroken financial planner’s turn. He dipped into his pocket, took out his cheque book, wrote a cheque for €3,000, put it into his father’s coffin, and took the €2,000 cash. 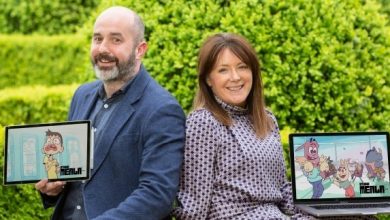 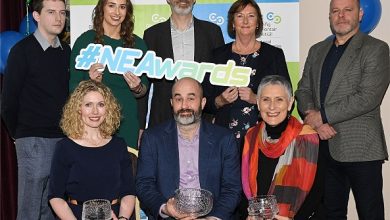 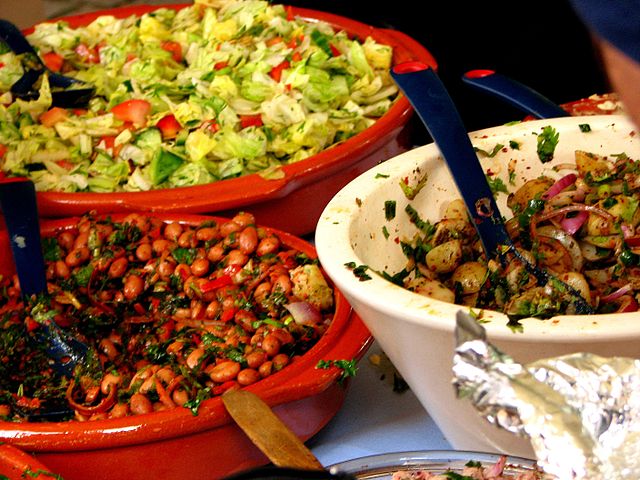