The lead story here on Boyletoday.com on Wednesday last got a lot of people talking. It would seem the sale by Coillte of a former stable building in Rockingham has not gone down that well with everyone. A number of viewers have asked the question ” Can Coillte sell off parts of our the Park?”. The answer of course is yes they can, but it may not be the best course of action to take. The future use of this historic building is important. If it is sold, will there be a stipulation that it is to be used for the benefit of the public or will be sold purely for private use? The said building lies adjacent to the derelict Kingston Hall and the old cattle stalls and stable yard opposite Lough Keel Scout camp. This is an area steeped in history that really should be opened up to the public. Now that Coillte have indicated that they are prepared to sell of parts of the Park, it may be time for some conservation group to step in and look at the bigger picture and perhaps buy all of the buildings in that area that has remained neglected for so long.

Line repainting is ongoing in Boyle every night this week and on certain days. The addition of regulated parking and the realignment of the white line on Abbey Terrace is to be welcomed as is the provision of a bus park on the same road. Main Street lines have also got a make over but will remain useless until people start to obey the double yellow lines from Sloans to Wynne’s Corner. Double yellow lines mean you can not park there even if you are only going into a shop for just a minute. The main cause of traffic congestion in Boyle is the parking in restricted areas especially on Main Street. If the Gardai came out and gave tickets it may solve the problem short term but would result in the negative effect of some traders and members of the public slating the Gardai for enforcing the law. We are very lucky in Boyle to have adequate, free parking. For it to remain that way, please obey the parking rules.

Ballaghaderren Sinn Fein Councillor Michael Mulligan is the new Chairman of the Boyle Municipal District of Roscommon County Council. Cllr Mulligan was proposed into the job, that carries an allowance of €,6000 per year on top of the annual councillor allowance, by Cllr Valerie Byrne and seconded by Cllr Rachel Doherty. Boyle Municipal District includes the Boyle, Ballaghaderreen and Strokestown area and is served by six Councillors. Viewers may remember the new Boyle District Chairman as the person who suggested at last January’s Boyle Municipal District meeting that the former Royal Hotel should “be used to show a profit” and suggested “a casino or slot machines” for the building, referring at the time to the success of Bundoran.

Keeping you valuables out of sight

Break-ins to cars at graveyards and in church car parks is a despicable crime. Unfortunately it is becoming all too common in this area. Last week a handbag was stolen from a car at Ardcarne Graveyard and in the past Church car parks where funerals or Sunday Mass were taken place have all been the location of thefts. Another spot frequent by the thieves is the outskirts of the car parks in Lough Key Forest Park when people are out for a stroll. Of course the trick is to leave nothing on show and to put handbags or valuables in the boot or under the seat. It is also vitally important that you report any suspicious activity to the local Gardai as they can not be everywhere and rely on the cooperation of the public to eliminate this type, and indeed every type of crime.

Remembering the boat trips to Carrick

Considering our proximity to Carrick on Shannon, there is sure to be a large Boyle contingent in Pairc Sean this Saturday evening as Roscommon take on Leitrim in the Connacht semi Final. No doubt the inevitable traffic back log will be the norm on the N4 and Boyle supporters may be well advised to travel via Cootehall or Croghan. Unfortunately this time there will be no supporters boat travelling to Carrick unlike the trips of the  80’s and 90’s organised by local man Frankie Feighan. Frankie chartered the late Pete Walshe’s boat on a number of occasions to bring the Boyle fans from Rockingham to Carrick. The journey took a lot longer than road or rail but the craic was mighty. The drink flowed and the singing started long before the boat left Lough Key – all this at only 11am!. The return boat journey was less lively, with a delayed departure being the norm with one or two usual suspects forgetting to make their way back to the boat. No mobile phones at the time meant they had to make their own way home. And once back on terra firma in the Park, the inevitable always happened – no one had planned how to get back into Boyle!

Jimmy phoned the ISPCA and said, “I’ve just found a suitcase in the woods, it contains a fox and four cubs.”
“That’s terrible,” replied the operator, “Are they moving?”
“I’m not sure, to be honest” said Jimmy, “But I suppose that would explain the suitcase.” 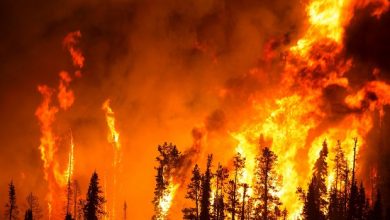