There is speculation that the number of Councillors in the Boyle Municipal District may change following the current ongoing review of the county electoral boundaries. There are presently six Councillors in the BMD – Valerie Byrne, Joe Murphy, Michael Mulligan, Liam Callaghan, Rachel Doherty and John Cummins. While the District is referred to as the Boyle Municipal District, it stretches as far as Ballaghaderreen and Strokestown and covers a wide geographical area with only two of the aforementioned from around Boyle. How the boundary changes will affect BMD is anyone’s guess with some Councillors looking for an additional representative from six to seven while others, outside the county, are suggesting a decrease from six to five.

“One of the busiest routes” in the Irish Rail network – the Dublin Sligo line – which serves Boyle, will see additional services come into operation during 2018. It is understood the service will be an early morning east bound train with an additional return service later in the evening. The details were announced by Jane Creggan from Irish Rail yesterday. Ms Creggan would give no commitment to upgrading the carriages on the line where the green commuter carriages are still in operation, much to the annoyance of customers.

It is understood the anticipated amalgamation of Boyle and Ballaghaderreen Credit Unions will be discussed at Monday night’s Annual General Meeting of the Boyle financial institution. The news of a merger came to the public’s attention following last Friday night’s AGM of Ballaghaderreen CU. While Boyle is not named in Balla’s Strategic Plan for 2017- 2018, reference is made to “discussions with a neighbouring credit union as to a proposed merger, “possibly in 2018”. Here in Boyle Manager Joe Currid has said “members will see no redundancies and no negative impact” following a merger. He also said that any proposed merger is “a long way off”. Those in Boyle hope that if there is a merger, it will hopefully benefit Boyle through increased business which would result in additional footfall in the branch and indeed the town in general.

Where to now with the Primary Care Centre?

With no GP yet assigned to Boyle Primary Care Centre, there is growing concern at the number of additional jobs the Centre may really bring. It had been hoped the €6m facility would bring additional  employment opportunities to the town, but that does not appear to have happened to date. While 14 staff are understood to have transferred from the old Health Centre and the Plunkett Home, there does not appear to have been any increase in employment levels. Sources say this could change if the bookable rooms are utilised as planned. The Centre is operational since the start of last week but due to the unusual ban by HSE representatives on photographic coverage of the interior of the building at the “Open Day”, the only opportunity many will have of seeing the new facility is if they have an appointment there.

Goodbye and good riddance to January

Thankfully there are only five days remaining in what has been a memorable month for all the wrong reasons for many. Colds and flu’s, wind and rain and storms and frost have blighted the country and Boyle and it’s people did not escape any of them. In addition there has been an unusual number of deaths locally. In the past seven days alone there has been six local funerals in the town with a further three with connections to the town. But we must not look back and with the days getting longer, we have to hope that better times lie ahead.

A man was sitting with his wife watching TV.
Phone rings, he picks it up. “Hello ? No, this isn’t Met Eireann!” Slams phone down.
About half an hour later, phone rings again, he picks it up. “No, I told you before, this is NOT Met Eireann”.
Wife says “who was that, dear ?”
“Oh” says the husband, “some fella got the wrong number. He keeps asking ‘is the coast clear ?’ !” 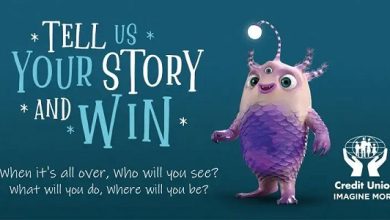 Deferrals and cancellations on Sligo line this Sunday