A Status Yellow wind warning has been issued for all of Ireland as Storm Lorenzo approaches.

Southeasterly winds will reach mean speeds 50 to 65km/h with gusts 90 to 100km/h resulting in some disruptive impacts.

A Status Yellow rain warning is also on place from 9am Thursday until 6am Friday for Connacht, Leinster, Cavan, Monaghan and Donegal.

Spells of heavy rain at times today and tonight will result in some flooding.

Met Eireann Forecast at 6am Thursday:

Becoming wet and windy during the morning as Storm Lorenzo approaches. Southeast winds will become strong with gales along the coast. During the afternoon winds will turn southwest and increase further, potentially giving damaging gusts. Rain will turn heavy and there will be high seas as well. Highest temperatures 15 to 17 degrees.

Continuing very windy early tonight with further severe gusts in some areas together with very high seas. Heavy rain will continue for a time also and spot flooding is likely. Later in the night winds will moderate and it will become drier. Lowest temperatures of 9 to 11 degrees.

Winds will ease further on Friday and it will be a largely dry day with some sunshine breaking through later. Highest temperatures of 16 to 18 degrees.

Friday night is looking dry for most areas. Rain will arrive on west coasts by morning. Minimum temperatures of 9 to 12 degrees in moderate southeast winds. 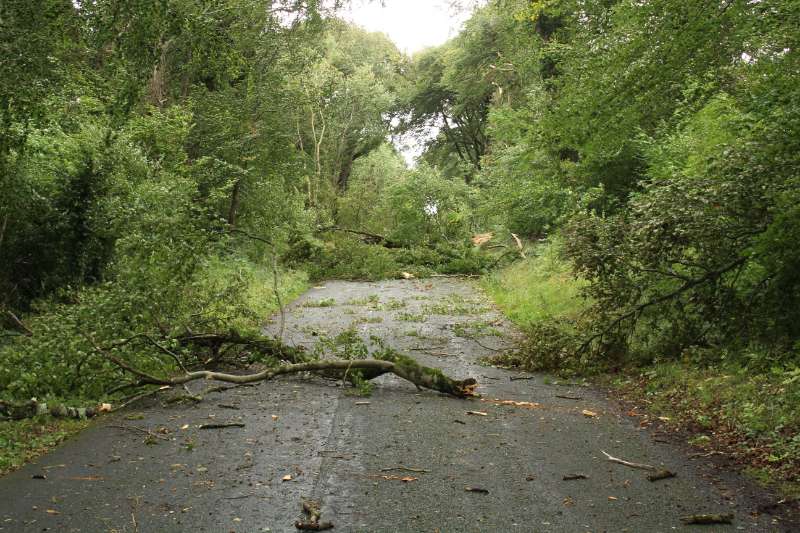 Power to be fully restored today