The O’Carolan Harp Festival, Keadue, Co Roscommon has commemorated the Harper and Composer Turlough O’Carolan every August since 1978 – with a break of one year in 2003 when the village was representing Ireland in the Entente Florale Europe competition.

The final resting place of the last of the Irish Bards overlooks Lough Meelagh just outside the village. His influence through the repertoire he left behind is appreciated nationally and internationally. His music has been drawn upon in all kinds of musical genres – as diverse as National Anthems (The Star Spangled Banner) and movie sound tracks.

The annual event is now one of the leading Harp and Traditional Music Festivals in Ireland, especially promoting harp music and the music of O’Carolan. It attracts harpers from Ireland and overseas who attend the Harp School Classes and compete in the International Harp Competitions. Participants have an opportunity to participate in the many traditional music events and sessions throughout the Festival & Summer School. Overseas visitors especially enjoy the relaxed atmosphere in the scenic surrounds of unspoilt north Roscommon.

The festival will kick off with the O’Carolan Summer School on Monday 29th July and features some of the very best tutors in Irish traditional music, set & sean-Nós dance & traditional singing. Classes will be hosted throughout the village in Harp, Flute, Tin Whistle, Banjo, Button Accordion, Bodhran, Fiddle & Concertina. Singing classes move to the afternoon to facilitate those who would like to play & sing and our Set dancing class takes place each morning, with Sean-Nós in the afternoons. The Set-Dancing classes are Department of Education approved for teachers. A Tutor’s Concert on Thursday 1st August will be another highlight in St. Ronan’s Hall with a Youth Recital earlier in the day at 2.30pm. MC on the night will be our very own Eugene Murphy TD.

Our harp recital in Kilronan Castle on Wednesday 31st July will feature our own local, award winning and highly accomplished Keadue Harpers from 8:30pm. We are very proud of the heritage of harp playing that the Festival & Summer School has nurtured since it began in 1978 – and this concert will feature a large repertoire of local harp music composed by O’Carolan and nationally acclaimed composer Michael Rooney from nearby Co Sligo (and long time visitor in both Junior & Senior competitions as he progressed through his immense musical career). This will followed by a special performance of O’Carolan music by Jessie DeBellis (piano) & Fiachra Guihen (harp). Jessie who hails from Uruguay but now lives in Drumshanbo is an internationally renowned classical pianist who has performed in concert halls all over the world.

Céilithe have always been part of O’Carolan Festivals and this year hosts two stalwarts of Céilí bands – the O’Carolan Country Ceili Band & Rise the Dust. Dancing will be brisk on Tuesday July 30th and Friday August 2nd – please bring along all your dancing friends for two great nights. A traditional Irish Music festival cannot take place unless there is a few sessions about with sessions for young and old alike throughout the week and weekend in the local public houses.

We continue to have competitors travel the globe to compete in the Arigna Fuels sponsored O’Carolan International Harp competitions on Saturday 3rd August. They commence from 10:30am and we will be sure to be enthralled again with the very high standard of competition.

To keep our young tots entertained the local sports field committee are running a family fun day on Saturday 3rd August commencing at 2pm. A brilliant day out for all the family is guaranteed with sports events, football in the all weather pitch, bouncy castles and loads of other surprises.

A new event on Saturday night for the 2019 programme features a play by the Beezneez Theatre Company – An Ordinary Man – this performance by Gerry Farrell of John Mc Dwyer’s master piece is an unmissable piece of theatre. This event takes place on 9:30 in St. Ronan’s Hall.

There is plenty of street entertainment throughout the weekend. We are being joined from the GigRig at St. Ronan’s Hall with Men of the West featuring well known musicians Stephen Doherty, David Doocey & Pat Coyne at 4:30pm on Bank Holiday Sunday in an open-air event in front of St. Ronan’s Hall.

Tickets will sell fast and are available from the festival website at www.ocarolanharpfestival.ie or by ringing 087 7745878.

A wreath laying ceremony at O’Carolan’s grave, followed by a lecture in the fabulous Kilronan Castle nearby gets the concluding Monday underway –this year’s lecture will be given by Jody Moylan entitled ‘Roderic O’Conor’ – a Roscommon born artist of international fame.

Unfortunately all good things must come to end and the festival will close with the world famous Door Dancing competition which will see all styles of traditional Irish dance compete for the title of 2019 Junior and Senior Door Dancing Champion. The night whizzes by in a packed St. Ronan’s Hall as the young, the young at heart & the rest compete for the glory, the fun and the cheers on the door from yesteryear. Music is provided by Liam Purcell and his ever-growing group of friends. Compere will be long-time visitor and local TD Eugene Murphy.
Ceili Nights , Music & Song Sessions , A Tutor’s Concert , Harp Recitals and more… Keadue deserves a visit from Monday 29th July to Monday 5th August. 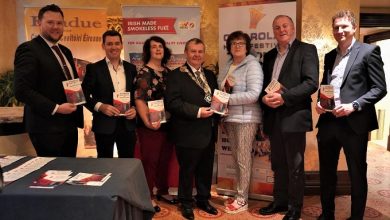