A Boyle native will be presented with “The Thomas J. Manton Irish Person of the Year” award in New York City on Thursday evening 23rd March.

Hilary Beirne, originally from Rathdevine, (where Lough Key House is now in operation) will be presented with his award  in the New York City council chambers at City Hall on Thursday March 23rd.

Hilary will receive his award for his “significant accomplishments on behalf of New York’s Irish American community”.

The Boyle native is the founding chairman of the NYC St. Patrick’s Day Foundation and very involved with Irish societies in his adopted country.

His early education was at Hollymount NS Ardcarne and St. Mary’s College, Boyle. 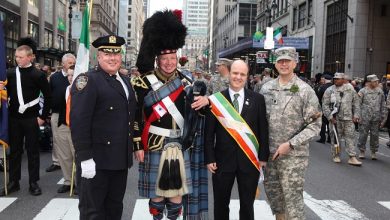