Passenger numbers estimated to arrive and depart at the airport over the Christmas period are expected to be up 6% compared with the same time last year. Friday December 21st is set to be the busiest day for arriving passengers at the airport with over 2,500 passengers set to pass through the airport. This week will see local schools and choirs from across the region perform in the arrivals area of the airport to create a lovely atmosphere as loved ones arrive home for Christmas.

2018 will be the third consecutive year of growth at Ireland West Airport with passenger numbers set to reach 772,000 for the first time – 3% up on 2017 figures. Additional capacity added by Ryanair on their Bristol and Milan services and record numbers using Flybe’s services to Birmingham, Manchester and Edinburgh have contributed to record breaking numbers at the airport in 2018. In addition Aer Lingus will have their busiest year to date on their Gatwick service.

Looking ahead, 2019 is expected to be a further year of growth at the airport following the announcement of a new twice weekly service to Cologne in Germany with Ryanair, which starts in June 1st 2019 and the introduction of an additional 26,000 seats on their Barcelona and Bristol services respectively by Ryanair. In 2019 the airport will serve over 20 destinations across the UK and Europe.

Joe Gilmore, Managing Director, Ireland West Airport said ‘2018 has been another strong year of growth with passenger numbers reaching record levels. The convenience, hassle free nature of the airport combined with our increasing route network continues to prove popular with people in the West, North West and Midlands regions of the country and we thank them for their ongoing support. In addition to passenger growth, 2018 has been a memorable year as we welcomed Pope Francis to the airport for a historic visit. We also completed a number of major infrastructural projects aimed at transforming and modernizing the airport to ensure the facility will meet the future needs of both our airline customers and passengers and we thank the Government, local representatives and our local authority stakeholders for their continued support in this regard. I would also like to say a special word of thanks to the staff at the airport for their hard work and continued focus on ensuring the customer and passenger experience through the airport is both a safe and welcoming one in light of some very challenging weather conditions this year and for ensuring operations run smoothly over what’s a very busy time operationally over the Christmas period’. 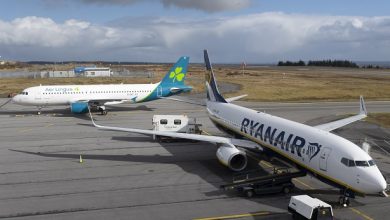