First published on Boyletoday.com in 2015, and republished again this year due to popular request, this is the first in a three part series titled “Memories of Christmas in Times Past”.

This morning Crossna native and former Boyle school teacher May Moran reminisces about her childhood, family and Christmas memories.

Christmas in my childhood was very different to what it is today. We didn’t think about it until at least the 8th December although the preparations on our small farm had to be planned well before that. We reared a small number of geese and turkeys. The little chicks arrived sometime in June in a special cardboard box with air holes in it. These furry little creatures occupied a place of honour beside the open fire in the kitchen for a few weeks and they were a great curiosity to us children. When they were strong enough they were moved outside to wander around the yard pecking and screeching during daylight hours and didn’t we love chasing them. It was our job to make sure that they were securely housed for night time in case the fox came upon them. He could leave us without our Christmas dinner given the chance! If they managed to survive they were a source of much needed income for Christmas. Some were sold at the market; others were reared for family and friends. We were never allowed to witness the killing of these birds but I remember seeing them hanging in a shed afterwards. My father always sent one to his sisters in England. I remember having to find a butter box into which the dead bird was carefully packed. The box was covered in brown paper and when the string was tied all the knots had to be sealed with a red sealing wax so that the dead bird couldn’t escape on the way! I wonder what “Health and Safety” would have to say about that today! We always had our own organic bird for the Christmas dinner although “organic” wasn’t in our lexicon at that time.

Christmas shopping was for the adults only and it was a one day trip. The travelling shop with the groceries came from Killoran’s in Ballyfarnon and from Malachy Lynch’s in Knockvicar. The Christmas list was given in advance and it was delivered to the door along with the “Christmas Box”. Both shops prepared a box for their customers; usually a packet of loose tea, a bag of sugar, some biscuits and if there was a pipe smoker in the house a “half quarter” of tobacco! These practical gifts must have eaten into their profits and they were already providing a great service to the community not alone at Christmas but all year round.

Raisins and sultanas were delicacies that only came into our house for Christmas and my mother made simple fruit cakes in the pot oven over the open fire. It was difficult to keep enough hot coals on the lid of the pot to bake that simple cake so it would be nearly impossible to make the richer cakes that we now associate with Christmas.

Candles in jam jars were lit in all the windows as soon as darkness fell on Christmas Eve and it was lovely to watch the flickering candles in all the neighbouring windows. I think we were lighting the way for Mary and the baby Jesus. Traditionally in our house we started the festive celebrations with a high-tea for all the family on Christmas Eve. Some of the Christmas ham would be cut and afterwards the fruit cake. On Christmas Morning we all went to Mass and visited the crib. A piece of straw from the crib was brought home to keep everybody in the house healthy for the following year. We had to sit and listen to the long list of contributors to the Christmas collection and observe the whisperings from the congregation that accompanied that ritual.

Our aunties in England always sent a parcel for Christmas and it was awaited with baited breath. I remember getting a lovely red coat, it had a hood and a hand muff trimmed with white fur. I probably looked like a miniature Santa when I wore it to Mass on Christmas Day! On the way to Mass with my sister an old man from the parish met us and gave us coffee sweets. I immediately put one in my mouth forgetting that I was fasting (from midnight) as I was going to receive Holy Communion. I remembered and spat out the sweet but it landed on the front of my lovely new coat!

We wrote to Santa and he came down the big wide chimney, over the open fire, which had been cleaned for him. We placed our socks on the end of the kitchen table and he managed to deliver the presents for each of us there. I remember deciding that I was definitely going to see Santa and positioning myself on the bed so that I could see into the kitchen. He came and went quietly enough and I am certain I got a glimpse of him. When the seven of us got to the kitchen early on Christmas morning there was always a scramble to get our socks and sometimes items were claimed that were not necessarily in that person’s sock. How was it that our mother was always able to sort that one out?

My late brother Paddy once got a small wooden cart from Santa. He and his brother Sean decided that they would make a harness for the cat and tackle it into the cart. When the cat got the chance it made a bid for freedom and chased through the kitchen and up the stairs to the upper half-storey of our house. However, the trap-door was closed and the frightened cat was hurtled over the bannister disturbing my father who was engrossed in a book by the fire. The two boys had run for cover but all Dad did was throw back his head and laugh. I can’t remember how the poor cat fared out but I doubt that it was scarred for life!

Little Christmas, as the 6th January was called, was a very special day too. The candles in the windows were lit to show the three kings the way to Bethlehem. It marked the end of the festivities and was treated as another Christmas Day. 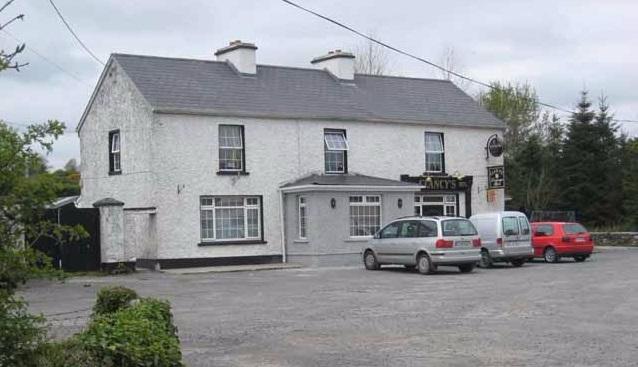 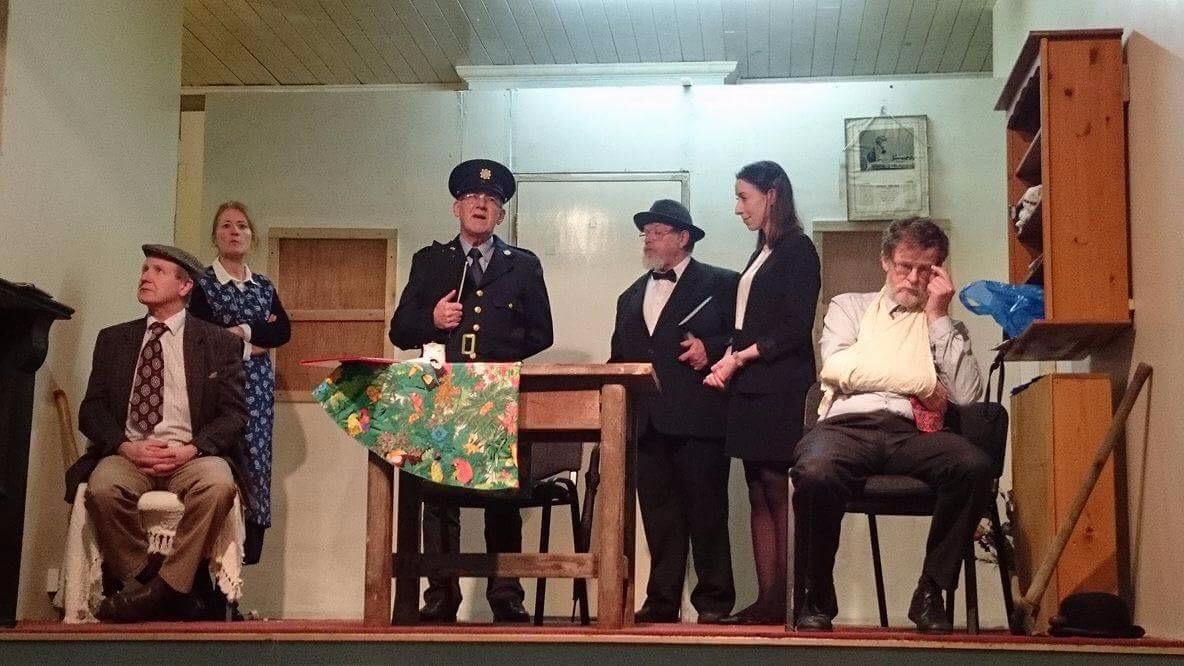 ‘All the Kings Horses’ are back again

All the Kings Horses in Crossna 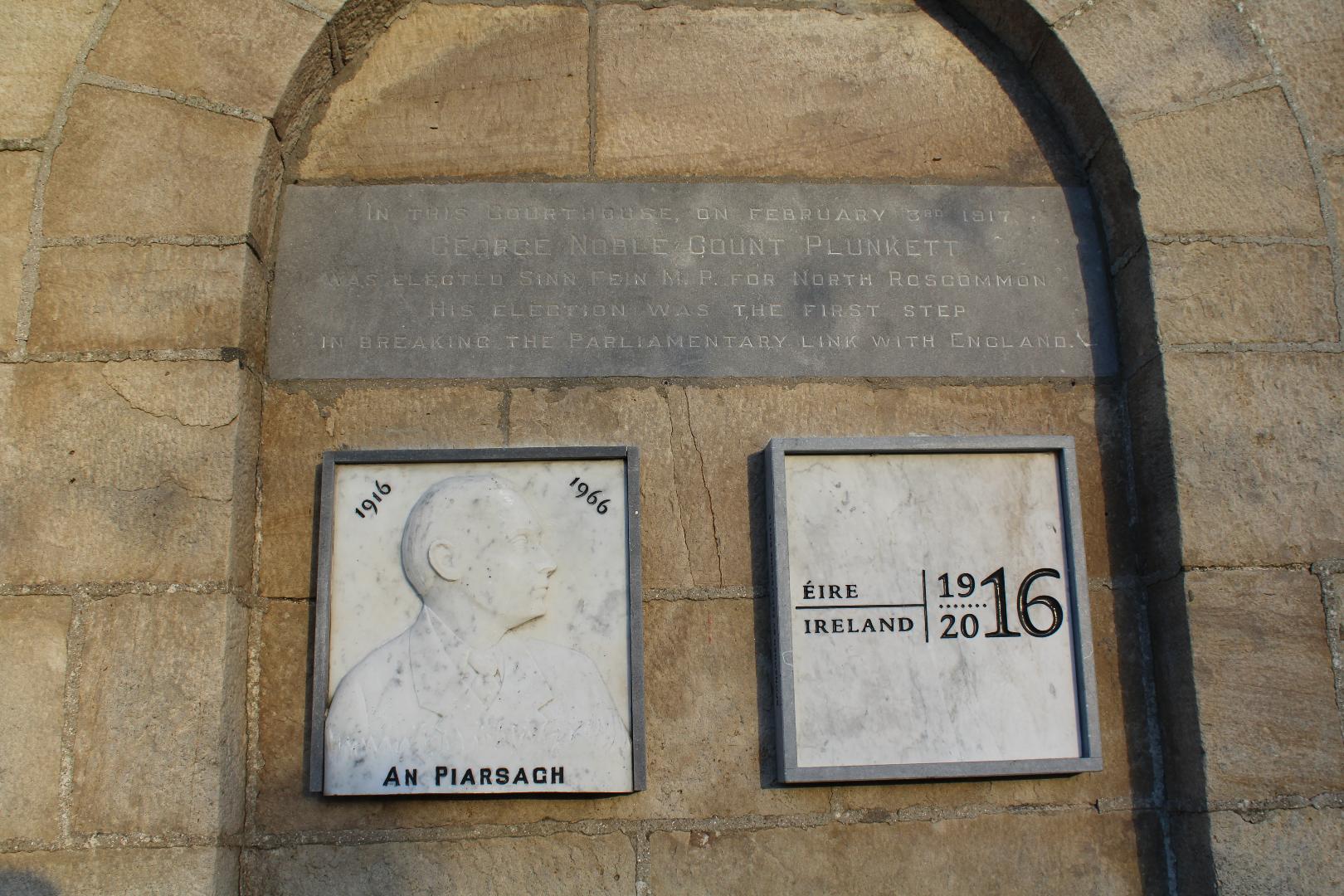