On Saturday next, August 13th at 2.00 p.m. a plaque will be unveiled in recognition of the Grehan sisters from Boyle who were part of the folk- music-and-song revival of the sixties in Ireland and further afield.

The plaque will be unveiled on their former home –Grehan’s Bar- on The Crescent, Boyle which is now the location of the restaurant ‘Food Fusion’.

The Grehan sisters, singers and musicians were Frances with banjo-mandolin; Helen on guitar and both Helen and Marie on spoons. Music and song was part and parcel of their early lives and it was no surprise that they were to excel as entertainers in adulthood.

Boyle and its hinterland was steeped in traditional song and music. The All-Ireland Fleadhs of 1960 and 1966 in the town of Boyle established it as a magnet for fellow musicians and singers and left a legacy that remains to this day. Frances participated in the 1960 Fleadh.

Ireland in the sixties was emerging from the dark gloomy days of economic stagnation of the fifties.

Irish groups began to have international success with the Clancy Brothers in the United States and The Dubliners from the country’s capital.

During their formative years the girls were influenced by another renowned Boyle resident singer named John Reilly from the ‘traveller’ community, residing in Green Street.

Grehan’s Bar and home became a mecca for emerging Irish folk and ballad singers. One of the most significant singers they influenced was Christy Moore. Christy first heard John Reilly in Grehan’s and adopted a number of John Reilly’s songs such as ‘The Well Below the Valley’ and ‘Raggle Taggle Gypsy’.

In the mid-sixties the Sisters began to entertain, at first- obviously- in their own premises and then branching out to other venues in the region. After some time, they became tagged as ‘the female Clancys’ and their reputation and opportunities expanded. An all-girl group was unique then. They toured Ireland and then they began making inroads into the folk clubs of England, Scotland and Wales. Their repertoire included a range of ballads such as ‘Henry Joy McCracken’, ‘The Wind that Shakes the Barley’ and ‘On the Galtymore Mountains’. Their style extended from the slow laments to rousing renditions of popular ballads.

Christy Moore is quoted as saying; “We often travelled up [to Boyle] to hear these girls sing, for they melted our hearts with the energy of their playing and the exuberance of their three voices, and we loved them”.

Around 1965 the sisters moved to Dublin to develop their playing and singing careers. They were included in a short musical comedy film with the Dubliners called ‘O ’Donoghue’s Opera’. They released a number of records including an LP titled ‘On the Galtymore Mountains’ which featured a mix of traditional music and Irish rebel songs.

They moved to the larger folk landscape of the U.K. basing themselves in Manchester. They were a popular attraction on the British Folk Club Circuit and the major urban concert venues. They were regular guests on UK Radio particularly a series called “Country Meets Folk”. A stand –out occasion was a concert in the Royal Albert Hall with Paul Brady and The Johnston’s, compered by Dominic Behan brother of Brendan.

They ceased touring as a group in the early seventies but their interest in the music and performing publicly, continued. Grehan’s Bar changed hands in the mid-nineties.

Frances linked up with fellow musicians Frank Montgomery (known as just Monty) and Brendan O’ Dowd and for quite a number of years they were very popular entertainers in the region.

The Sisters came together on special occasions such as the concert in Boyle in 2014 with Christy Moore in a tribute to John Reilly of the songs, when a plaque in his memory was also placed on the Grehan house.
In 2015 they were honoured with being the recipients of the Annie McNulty Award at the opening of the South Roscommon Singers Festival.

Helen B. Grehan launched a book of her songs and poems, fusing the political with the personal, just two months ago.

Political activism was also an important part of their lives. Frances went for election to the County Council in Boyle in the seventies.

Frances married Pat Malone who sadly passed away in early 2018. Frances and the family live in Dublin.
Marie married John Clarke and raised their family in Manchester. They were regular visitors to Boyle. Marie and John returned to Ireland in later life and lived in Leitrim for a number of years. Marie and John died in December 2020 and both were buried, on the same day, in Assylinn graveyard to the sound of the music they loved. 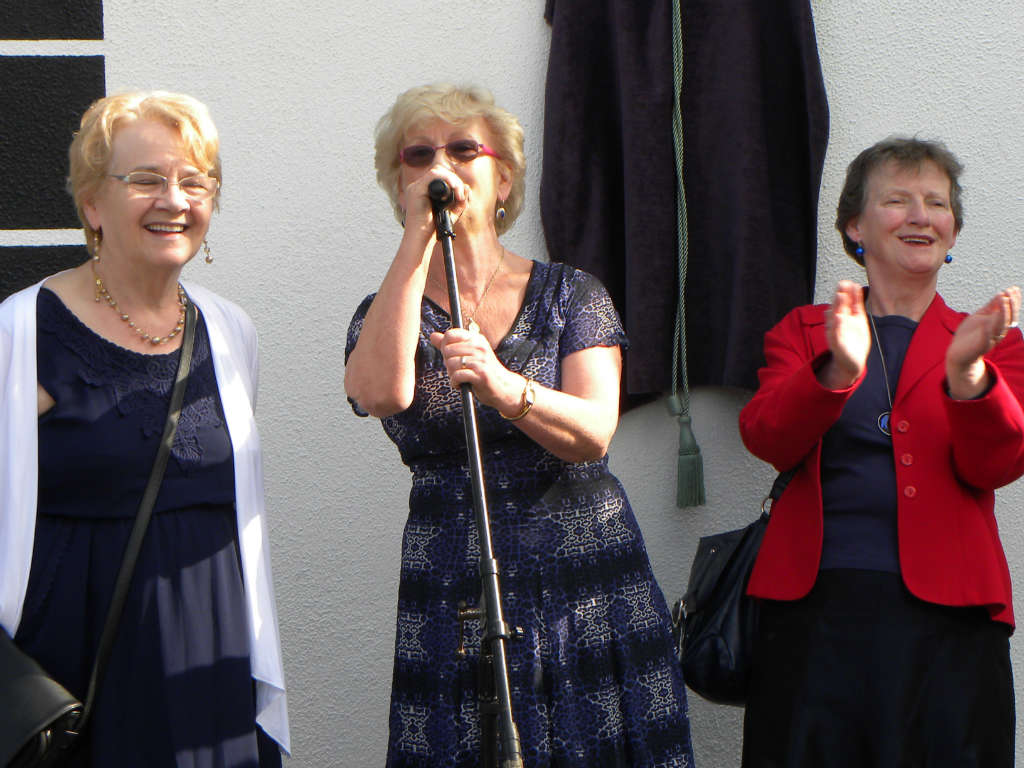 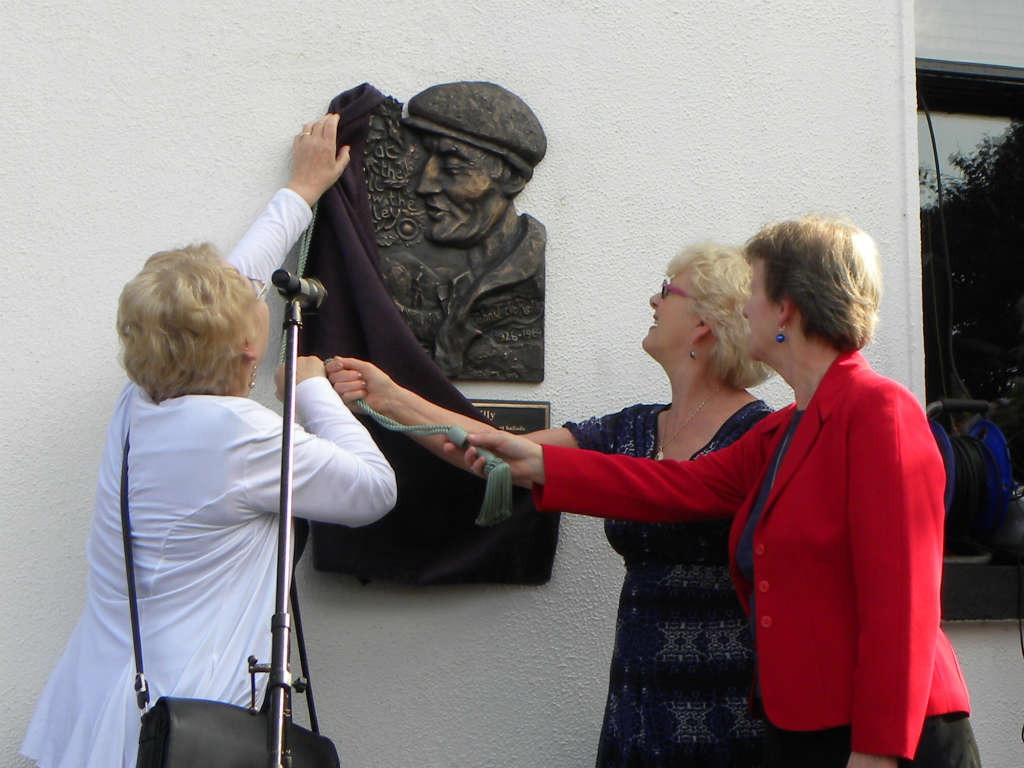 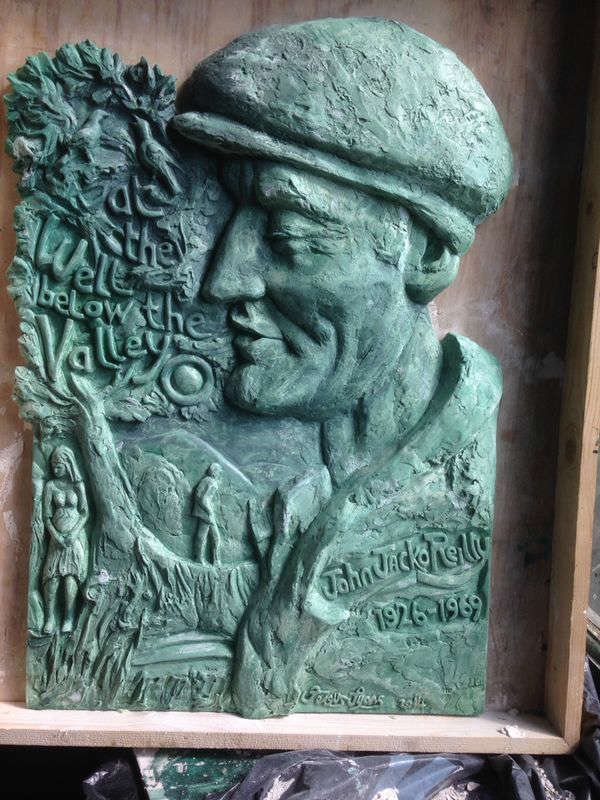 Plaque to be unveiled today 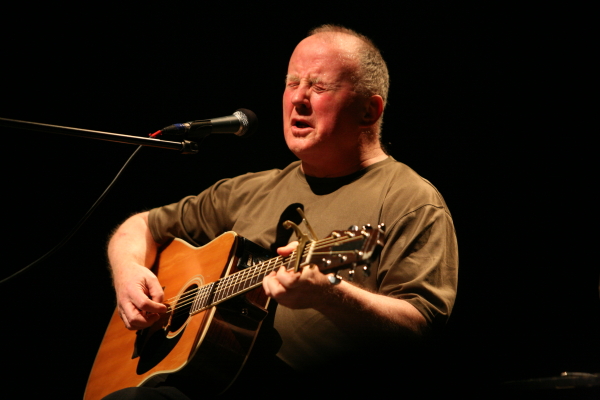