A design team has been appointed for Roscommon Hospital Rehab Unit.

Fine Gael Senator Frank Feighan has confirmed that the Design Team has been appointed for the €7.85m Medical Rehabilitation Unit.

“Roscommon Hospital management has just confirmed to me that the design team to progress the Western Specialist Rehabilitation Unit at Roscommon University Hospital is now in place.

“Funding approval of more than €560,000 has been allocated to move to the design phase of this project. This marks a major milestone for this €7.85m capital development.

“The new facility will be a satellite centre of the National Rehabilitation Hospital in Dun Laoghaire and will provide intensive interdisciplinary rehabilitation to patients based in the West of Ireland.

“This new 20 bed unit will be of huge benefit to patients in this region. It will enable treatment of patients from the West of Ireland in Roscommon University Hospital who would have previously been treated in the National Rehabilitation Hospital (NRH) in Dublin, and will also assist in reducing waiting times for patients who require access to the NRH.

“Apart from the employment which will be created during the construction phase, it is also important to say that once the Rehab Unit becomes fully operational, it will create 25 jobs initially and up to 50 jobs when all phases are complete.”

The news has also been welcomed by Minister Denis Naughten and Deputy Eugene Murphy. 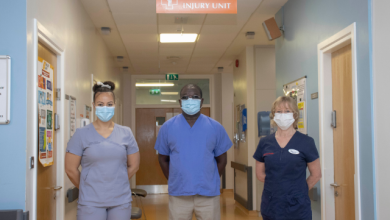 Roscommon Injury Unit – an alternative to the E.D.