The preservation of Kingston Hall

A publication that has received favourable comment, and one that is for sale locally and online, is ‘the Landed Estates of County Roscommon’. This informative book lists all the great houses around the county – some still in existence – others, like Rockingham House, Frenchpark House and Castlerea House have been demolished. The books author, Paul Connolly, has gone to great length to document the history of many of the great houses and regularly uploads posts to his Facebook page. One such post recently referred to the ruined Kingston Hall in Rockingham. The famous building, which is located opposite Lough Keel Scout Camp,  was home to the King family in the late 18th and early 19th centuries, before they moved to Rockingham House in 1817. Kingston Hall, which was built in the 1770’s then became the home of the Land Steward for the estate. While presently in ruins, we are lucky that Kingston Hall has not been demolished and is still part of our heritage, be it in a decayed state. Perhaps now is the time for some like minded people to come together to look at plans for the preservation and indeed the restoration of Kingston Hall. There are grants and assistance available nowadays that were not available heretofore that just could make this project achievable.

It’s another feel good Friday for Boyle. As you will have read on our news section, the town has been chosen yet again to be among an elite few in the country to receive further funding – this time for an enhancement project on Main Street. In recent months, announcements have come that has seen up to €3 million in aid making it’s way towards our progressive little town. The latest good news comes a number of hours after Minister Michael Ring came to town to meet the Town Team and others in a meeting that allowed the Minister to see in person what needs to be done in Boyle. This latest tranche of funding will be used to enhance the streetscape of the Main Street with guidelines yet to issue on how the fund will be used. The close cooperation between between the Town Team, Council executive and local and national politicians has made all these announcements possible. Add to this the belief in our town by a number of people who have persisted in recent years in getting Boyle on the national radar and you have what has been described locally as “the perfect storm”. While we rejoice in yet more money for the town, it is understood a progress report on the various projects in the pipeline for Boyle will be issued in the next week or so.

What was at one time only associated when major events were taking place in Boyle has now become a weekly occurrence. What we are talking about is the visit of the Council Road Sweeping truck to the town which has resulted in Boyle looking a lot more tidy of late. In the past, organisers of festivals and gatherings will tell of the pleading to get the vehicle into town to clean the streets in advance of an event. Now it is here on a regular basis, without the begging. It is yet another example of the ongoing interest in the town by Roscommon County Council, which is to be welcomed.

Parade is only as good as floats that participate

With a little over two weeks until St. Patrick’s Day, it is hoped many clubs, organisations and businesses are working on plans to enter a float in the parade. We are very lucky that we have a parade here in Boyle which traditionally attracts large numbers. With St. Patrick’s Day falling on a Sunday this year, there should be a holiday weekend feel to the event. Our parade is only as good as the floats that participate and if it is to build on the success of other years, then total community involvement is required. More details of the parade will be available shortly.

A reference recently to this year’s 90th anniversary of Feis Shligigh brought back memories of a lady that many of an older generation in Boyle will remember – Nancy O’Connor.  Nancy taught music and elocution to young people in Boyle in the fifties and sixties and prepared generations for various Fesianna including the aforementioned Feis Shligigh. Nancy lived, if memory is correct, on Marian Road. She also taught music in ‘The Tec’ and was involved in many Boyle musicals. It was said her father was a major in the British Army in India and her mother was the daughter of a ship captain from New Orleans which was fairly exotic in the fifties and sixties in Boyle! It was also said her father was a commanding officer at Beggers Bush Barracks in Dublin during the 1916 Rising. Nancy is remembered fondly by many in Boyle and would have been proud to see Feis Shligigh celebrate 90 years in existence this March.

A priest dies and is waiting in line at the Pearly Gates. Ahead of him is a guy who’s dressed in sunglasses, a loud shirt, leather jacket, and jeans.
Saint Peter addresses this cool guy, ‘Who are you, so that I may know whether or not to admit you to the Kingdom of Heaven ?’
The guy replies, ‘I’ m Bruce, retired airline pilot from Sydney .’
Saint Peter consults his list. He smiles and says to the pilot, ‘Take this silken robe and golden staff and enter the Kingdom.’ The pilot goes into Heaven with his robe and staff.
Next, it’s the priest’s turn. He stands erect and booms out, ‘I am Father Bob, pastor of Saint Mary’s for the last 43 years.’
Saint Peter consults his list. He says to the priest, ‘Take this cotton robe and wooden staff and enter the Kingdom.
‘Just a minute,’ says the good father. ‘That man was a pilot and he gets a silken robe and golden staff and I get only cotton and wood. How can this be?
‘Up here – we go by results,’ says Saint Peter. ‘When you preached – people slept. When he flew – people prayed’. 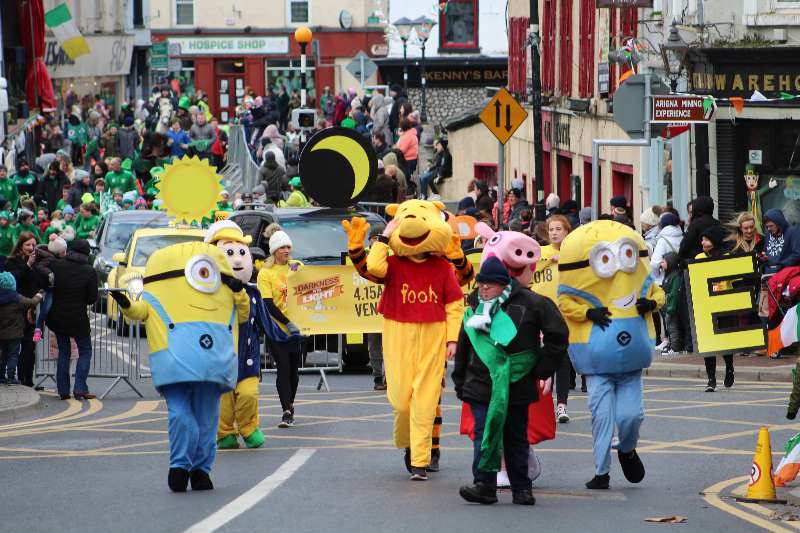 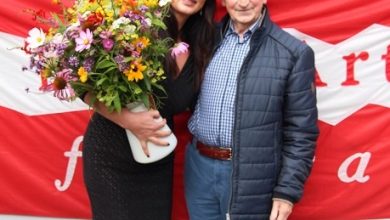 Full list of St. Patrick’s Day parades in this area