An increase in visible policing in Boyle

We are now five days into the reduced hours at Boyle Garda Station and is there a difference? As expected, there certainly is a noticeable increase in Garda presence around the town in the last few days with two Gardaí on foot patrol on a quiet Tuesday and two marked cars around the town on a number of days this week, in addition to frequent visits by the Traffic Corps. Let’s hope that the increase in policing continues long after the controversy on the reduced hours dies down. And if you have a view on the changes in hours at Boyle Garda Station, Boyle Chamber of Commerce would like to hear from you. They are asking members of the public to contact them and make their views known so they can relay them to the Superintendnet at the next meeting they have orgnaised. (More details on the news section of this website).

Doon Shore is a great amenity

What beautiful weather we have had the last six or seven days, showing the general Boyle area in all it’s glory and reminding us once again of the beautiful area in which many of us are lucky to reside. Sometimes we can forget the beauty of Boyle, which is home to many great amenities, the Doon Shore being one of them. The local fishing club certainly have not forgot about Doon and they utilised it to great effect last weekend at the angling competition when it looked at it’s finest. For many children from Boyle, the Doon Shore was the place to go during the summer months. You walked, hitched or cycled to the amenity and swam, dived and messed around for days on end each summer “down at the lake”. Heading home, sunburned and dehydrated, a stop off in Casey’s shop in Tawnytaskin for lemonade or some form of soft liquid refreshment was in order to sustain you on the journey back to Boyle. Happy memories that came to mind after the fishing competition last weekend.

More boiling of water in Boyle

Let’s hope the good weather of the last week holds over the weekend to facilitate the Community Games Sports Day which takes place on Saturday commencing at 3pm in the College Field. This is always and enjoyable day out for young and old including the dreaded mothers and fathers race! Boyle has a agreat tradition in Community Games so please bring your children to this event on Saturday afternoon.

Lights needed on the Back Lane

One of the oldest streets in Boyle is located at the rear of Saint Patrick Street. Many refer to it as Eaton Lane yet there is reference to Eaton Lane being the original name for Saint Patrick Street. Others refer to the road as the “Back Lane”, but whatever it is called it seems to be forgotten about by the ESB or Council or whoever is responsible. Presently there are no lights on the lane at night which renders it unsafe to use. With a number of businesses backing on to the lane the least it deserves is proper lighting.

The teacher asked her class to write down on a piece of paper the type of work their daddies did.
The children, very excitedly, scribbled their answers.
One by one, the teacher asked each child to stand and describe the job.
There was much laughter and screaming, apart from, that is, little Tommy.
“Tommy, why do you look so sad?” asked the teacher.
Tommy slowly rose to his feet, and replied: “My Dad’s a stripper in a gay bar”.
The other children remained silent, as Tommy continued:
“Sometimes, he doesn’t come home, and my Mummy sits crying. Sometimes, he sells his body for other men’s pleasure.”
There were gasps around the classroom. The teacher acted quickly and dismissed the children, telling them to go out and play.
She then walked up to little Tommy, put her arm around his shoulders, and asked: “Is all that true, Tommy?”
“No, not at all, Miss. He really plays football for Mayo, but I was too embarrassed to say” 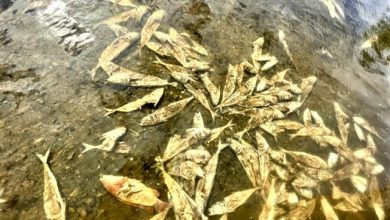