Be careful if walking in Strandhill

A favourite for people from Boyle is a walk along Strandhill beach. Known for it’s dangerous rip tides, Strandhill is a non swimming beach but in recent weeks members of the public have been warned about another danger at the popular location – quicksand. Sligo County Council has advised walkers to stay away from the water in Strandhill and to stay above the high water mark i.e. close to the shoreline. Last Sunday a number of people got into difficulty as they walked towards the water and got caught in quicksand.
Ironically, the warning comes twenty one years to the day (May 17th 1998) that three young men, Bobby Taylor (16), Gurteen; Tommy Coyle (18), Cloonloo and Michael Higgins (17), Culfadda, drowned after they were pulled out to sea by a strong undercurrent in Strandhill. The three Leaving Cert friends were playing in shallow water at the time.

Sister Act is coming to Boyle

It was announced at Boyle Musical Society’s AGM on Thursday night that ‘Sister Act’ will be the chosen production for 2019. The show is based on the 1992 film, which starred Whoopi Goldberg and it follows the fortunes and misfortunes of night club singer, Deloris Van Cartier who ends up in a Convent, hiding from the Police. While there, she gets involved with the local choir and sets about bringing in some much needed donations for the Convent. ‘Sister Act’ will be staged over four nights in St. Joseph’s Hall, Boyle, from Wednesday November 20th to Saturday November 23rd. Rehearsals will begin on Monday, September 2nd.

Two examples of the great community we have in Boyle

Two major events in Boyle last weekend not alone showed what a great community we live in but how success can be achieved when people work together. The first was Saturday morning’s Darkness into Light walk. The walk would not have been possible without a tremendous amount of behind the scenes organisation and preparation by an energetic team here in Boyle. To see nearly 1000 people line the streets of our town at 4.15am was a heartwarming experience and a real community event.
On Sunday another energetic team took over to ensure the annual Lough Key Classic was a success. Up to 200 cyclists descended on Boyle for that event. The mid cycle food stop was held in the magnificent surrounds of King House before participants headed out through the first and second gates of Rockingham as they undertook the second leg of the Classic. Everyone was in praise of the beauty of the area and the untapped jewel we have right in the centre of the town – King House.
Well done to all involved in organising both events – brilliant examples of a community working together.

The demolition work on the more modern aspects of the old Royal Hotel is now nearing completion. The removal of the former accommodation block has given a whole new perspective to the riverside area. It is understood meetings will soon take place with property owners on the south side of Main Street with a view to assisting them with funds from the Historic Towns Initiative in upgrading the exterior of their buildings which will also cover the rear of Main Street along by the riverside. This should assist in a first phase of the regeneration of the laneway at the rear of Main Street.
There will now most likely be a period of inactivity on the Royal development, as the tender for the consultancy work on the project closes today May 17th. When the consultants are appointed, they in turn have to prepare tender documents for the redevelopment. It is estimated that construction will commence near the end of this year with a completion in Q3 2020. But people need to be patient as the finished product will be worth waiting for. It will include an information point and coffee dock; the creation of a new riverside promenade with canoe dock which will link the town centre, along the river, to key tourism attractions such as King House and Boyle Abbey; and the development of a new Enterprise Centre and Civic Space with acoustic shell at the rear.

With all the developments planned for Boyle over the next year or so, it would be the astute investor who now would look to buy property in Boyle, a location that is being referred to as ‘an emerging town’. Two local properties that were recently advertised online show the great bargains that are available in Boyle at present. 8 Abbeycrest is a 2 bedroomed apartment ‘located within walking distance of the town’. The property is commanding an monthly rent of €360 and has an AMV of €28,000. In Foxwood Manor, a 3 bedroomed semi detached house has an AMV of €60,000.  Both have open viewing this Saturday.

An Irishmen wanting to become a Priest went to see the Bishop who said “You must answer 3 questions on the Bible”.
“1st – Who was born in a stable?”
“Red Rum” he replied
“2nd – What do you think of Damascus ?”
“It kills 99% of all germs” he replied.
“3rd – What happened when the disciples went to Mount Olive?”
“That’s easy” he said “Popeye kicked the living daylights out of them!!” 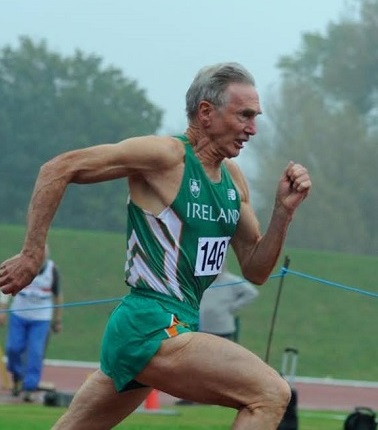 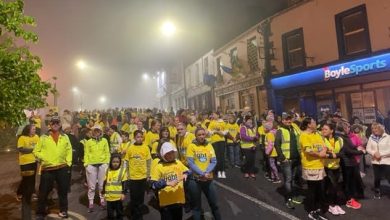 Over 500 take part in Boyle Darkness into Light walk 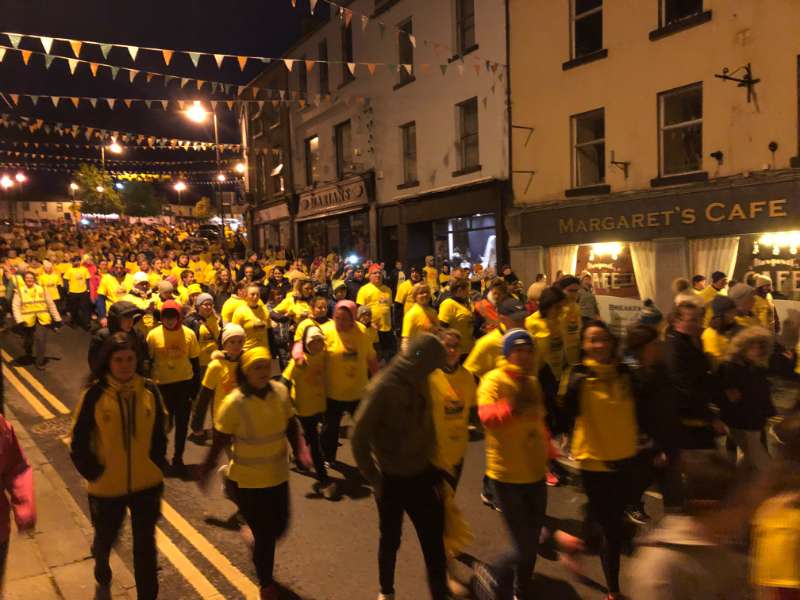 Registration continues for Darkness into Light