The dangerous junction at the old National Irish Bank has been referred to many times in this column. One only has to spend ten minutes observing the traffic flow and movement at the junction to see how dangerous it is and to wonder why there has not been a more serious accident at this location so far. Similar to the public’s stance on the reduced hours at the Garda Station, the lack of opposition or comment on the junction is noteworthy. There should be total objection to the traffic management system that is in place here. There was plenty of opposition to the one way system, why the silence now on this junction?

The Concreting of the Crescent

Recent work by the County Council on the Crescent area in Boyle has seen hedging removed from borders between the car parks and replaced with concrete. Perhaps the work is not completed yet and some bigger plan is in place, but if not, surely an opportunity to brighten the town has been lost? The borders were a natural place to plant shrubs and other decorative  for the summer months. Anything would look better than concrete, even a few planter tubs nailed into place.

It seems no one bothered to tally the Boyle votes in last Friday’s referenda count in Roscommon, with the exception of one box. That box, Box Number One, showed that 340 people voted Yes and 219 voted No. It could be assumed that as a major urban centre, Boyle probably voted Yes but that did not get any publicity. What did get publicity was the fact that a miraculous medal was found in one Boyle box. A local media outlet tweeted the fact and from that, the national media jumped on the story. Interesting to see that details of the prayer cards found in a Sligo box was not tweeted by local media there. The county received a lot of bad publicity after last weeks referendum. It’s a pity Boyle got dragged into it.

No communication on water cut

There was a lot of disquiet around Boyle on Saturday morning, a day after the water bills arrived in the letterboxes. Many families arriving home following First Holy Communion and mothers doing the weekly wash were greeted with no running water in certain areas of the town. A problem at Carrickmore off the N4 seemed to be the reason, but it was the lack of information more so than the water cut that annoyed many. There was no details on the council website, no information posted to this website and nothing to be heard on local radio. On Monday, householders were still afraid to wash clothes as the water coming through the pipes was still discoloured. The situation was the same again on Tuesday. Irish Water/Roscommon Co Co need to have an alert system in place in the event of a similar situation reoccurring and with social media so much part of everyone’s lives now, a tweet or web post should alleviate concerns.

A recent poll here on Boyletoday.com asked the question “Is the Crescent car park suitable for street traders?”.  62% of those surveyed said No. Any resident of the Crescent area that took part in the poll must certainly be among that 62%. By 9am most Saturday’s the stalls are erected, sometimes around, sometimes on top, of cars and the sound of Big Tom and other country music artists can be heard out in Felton. It would be hard to have a Saturday lie in if you live on the Crescent. The street traders saga has been on going for many years now and yet no regulation has taken place. Granted, the presence of the traders does add life to the town but they should have a designated area. A market around the hall may be appropriate or perhaps on one side of the street on Military road may be an option. In any event some form of regulation is needed for all concerned.

An 88 year old man goes to the doctor for a physical exam. All of his tests come back with normal results.
The doctor says, “Ron, everything looks great. How are you doing mentally and emotionally? Are you at peace with God?”
Ron replies, “God and I are tight. He knows I have poor eyesight. He’s fixed it so that when I get up in the middle of the night to go to the bathroom .. Poof! … the light goes on. When I’m done … Poof… the light goes off.”
“Wow, that’s incredible,” the doctor says.

A little later in the day, the doctor calls Ron’s wife, Penny.
“Penny,” he says, “Ron is doing fine! I called because I’m in awe of his relationship with God. It seems that God is providing him with what he needs. When he gets up to pee during the night, the light goes on in the bathroom. When he’s done the light goes off!”
“Oh dear,” exclaims Penny. “He’s peeing’ in the fridge again!” 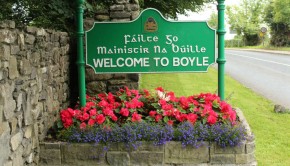