The importance of the wholesale and retail sectors in Boyle has been highlighted in a new report.

The report, published by the Western Development Commission examines employment over time and by gender, as well as self-employment, in the Wholesale and Retail sector in the Western Region, western counties and towns.

In the report, Boyle at 20.2% had the highest share of residents working in the wholesale and retail sector in the region in 2016 and the third highest in the country, as a percentage of total employment.

According to the report:  “Boyle, and the other towns with 18+% working in the sector (Convoy, Kilrush, Ballinrobe and Tubbercurry), are important rural service centres located quite some distance from larger centres and serving wide rural hinterlands. The high share might also indicate a relative lack of alternative job options”.

During the period 2011 – 2016, Boyle also showed the second highest percentage increase of it’s population aged 15 and over working in wholesale and retail with an increase of 16%. Lifford in Donegal showed the largest increase at 35.6%.

The report concludes that “As the Western Region’s second largest employment sector, Wholesale & Retail plays a pivotal role in the regional economy. Employment in the sector is more widely distributed than many others,with small and medium-sized towns particularly dependent on it. The nature of retail is changing, along with the role and function of many towns. Trends such as increased consumer mobility, growth in online sales, Brexit and changing consumer behaviour require the Wholesale & Retail sector to adapt and provide a competitive and attractive retail offering. Addressing issues of the quality of employment and skills development can make it a more attractive job option as well as supporting adaptation to these emerging trends. Increasing incomes and consumer spending in recent years has led to some recovery in the sector, but this has been quite uneven geographically with Sligo and Mayo experiencing declines while Galway City moves further ahead. The composition of the sector is also changing with a decline in family or owner/manager run businesses.
New opportunities exist to grow online activity and to restructure the retail and service offering of towns to meet changing consumer needs. However, grasping these opportunities will depend on proactive policy to support the sector, a willingness to adapt among retailers, increased capacity for businesses to compete with larger national or global retailers and a collaborative approach to help towns adapt to their changing function.

(The figures in the report are obtained and analysed from the 2016 Census. The full report is available here.) 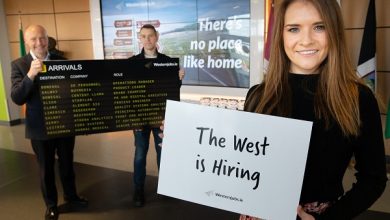 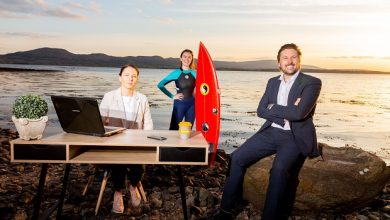 New job portal launched to attract people to the West