Knock Shrine and Ireland West Airport are delighted to announce the first Diocesan pilgrimage from the Archdiocese of Boston to Ireland’s National Marian Shrine will take place in July 2016.

This announcement represents another milestone for the airport and the region as it will be the first ever transatlantic service operated by Aer Lingus, from Boston, to Ireland West Airport Knock.

The special flight, which will be supported by the Archdiocese of Boston and led by the Archbishop of Boston, Cardinal Seán O Malley, will depart Boston on Thursday 14th July 2016 and return to Boston from Ireland West Airport Knock on 21st July 2016. The highlight of the visit to the West of Ireland will be the Re-dedication of Knock Shrine, which will take place on Saturday 16th July.

Also travelling as part of the trip to the West of Ireland will be the Mayor of Boston, Martin Walsh, a native of Callowfeenish in County Galway.

Packages for both pilgrimage and leisure based travel will be available to book as part of this trip with a selection of itineraries to choose from. For further information on package holidays and flights contact the official Tour operator partners for this programme, well known Boston Tour Operators, Crystal Travel on (001) 617 327 4242 and Cara Group Travel on (001) 617-639-0273. For more information you can also log on the website www.BostonKnock.com.

Archbishop of Boston, Cardinal Seán O Malley, welcomed today’s announcement ‘The Archdiocese of Boston is blessed and strengthened by the faith of the Irish Catholic community here and also that of our many friends and relations in Ireland.  We look forward to parishioners from the Archdiocese and people from many walks of life coming together as we journey in pilgrimage to the Shrine at Knock, this coming July for the rededication of Our Lady’s Basilica.  It is good to know that Mayor Martin Walsh will also be joining in the pilgrimage, joining the City of Boston’s proud Irish American heritage with that of the Archdiocese.  We look forward to this journey of faith with gratitude for all who are working to provide the very helpful direct transport from Boston to Knock’.

Fr. Richard Gibbons, P.P., and Rector of Knock Shrine commented, ‘I am delighted and looking forward to welcoming Cardinal O’Malley, the Archdiocese of Boston and the Mayor of Boston, Martin Walsh to Knock for the rededication of the Basilica of Our Lady, Queen of Ireland on the 16th July next. Both Cardinal O’Malley and Mayor Walsh have very strong western connections and once again their visit with so many pilgrims shows the possibilities of pilgrimage growth and the strategic importance of Ireland West Airport to the future of Ireland’s National Marian Shrine. The success of the Shrine’s “Witness to Hope” project to date which includes the promotion of the Shrine at home and abroad will help renew people’s faith in a loving and merciful God. We look forward to deepening our relationship with Pilgrims from the U.S. and in particular with those of our own diaspora.’

Welcoming today’s announcement, Joe Kennedy, Chairman, Ireland West Airport Knock, said ‘We are delighted to welcome todays announcement of a charter service with Aer Lingus from Boston in 2016, which is yet another milestone in the relationship between the airport and Aer Lingus. This follows on from the hugely successful charter programme from New York in 2015 and is a further stepping stone in securing regular transatlantic services for the region into the future. Today’s announcement is even more historic given the airport will celebrate the 30th anniversary of the official opening of the airport in May of this year and we look forward to welcoming our Boston visitors to the West of Ireland next July’.

Brian O’Dwyer, International Chair of Ireland West Airport Knock said ‘This is a further important step in opening the West of Ireland to tourism and to travel from the Irish in the diaspora. I congratulate both Aer Lingus and the staff of the airport for making this possible. I am particularly grateful to Cardinal O Malley and Mayor Walsh for their unwavering support for this project on behalf of the West of Ireland and their leading presence in this special trip.’

Declan Kearney, Director of Communications, Aer Lingus, welcoming today’s announcement, added ‘Aer Lingus is delighted to have been chosen to provide the flights for this important flight travelling from the Archdiocese of Boston to the West of Ireland in July. We look forward to working with the airport on this flight and welcoming the group on board.’

Peter Hynes, Mayo Chief Executive, also welcomed todays landmark announcement, saying ‘This is another significant step forward and underlines the strategic importance of the Airport for the entire West and North West Region’

Flybe flies as normal from Knock

Phase one of €15m IWAK upgrade 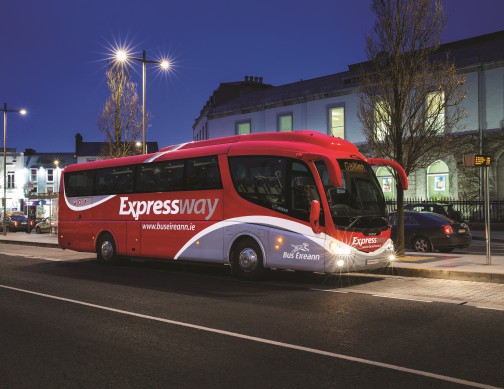