Members of Leitrim District An Garda Siochana presented a cheque for €3020 recently to St. Ciaran’s Services for Children and Adults with Intellectual Disabilities in Carrick on Shannon.
The cheque was the proceeds of the Pure Mule cycling sportive held in October this year.

St Ciaran’s have used the monies to purchase a Moto Med combined leg and arm trainer.

Speaking at the presentation, Inspector Denis Harrington, acting Superintendent in the Leitrim District said that the Pure Mule sportive, now in it’s second year, was once again a great success.

This was due to the hard work of the volunteers and members of An Garda Siochana, with the support of the many cyclists and the businesses that make the event possible especially Ballisodare Haulage and the Leitrim Marina Hotel.

He made special reference to the assistance of Brian McMahon and the legendary hospitality in “Marie’s Kitchen” in Keadue.

Edel Gallagher from St. Ciaran’s returned thanks to all involved. 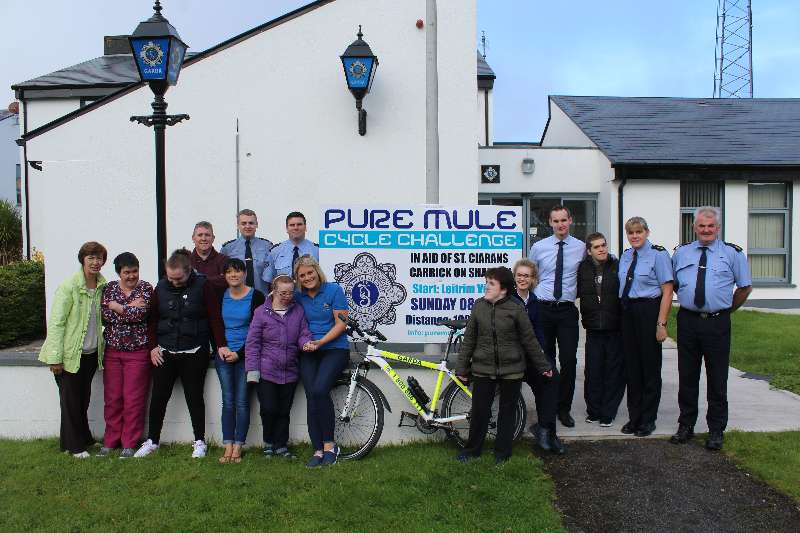 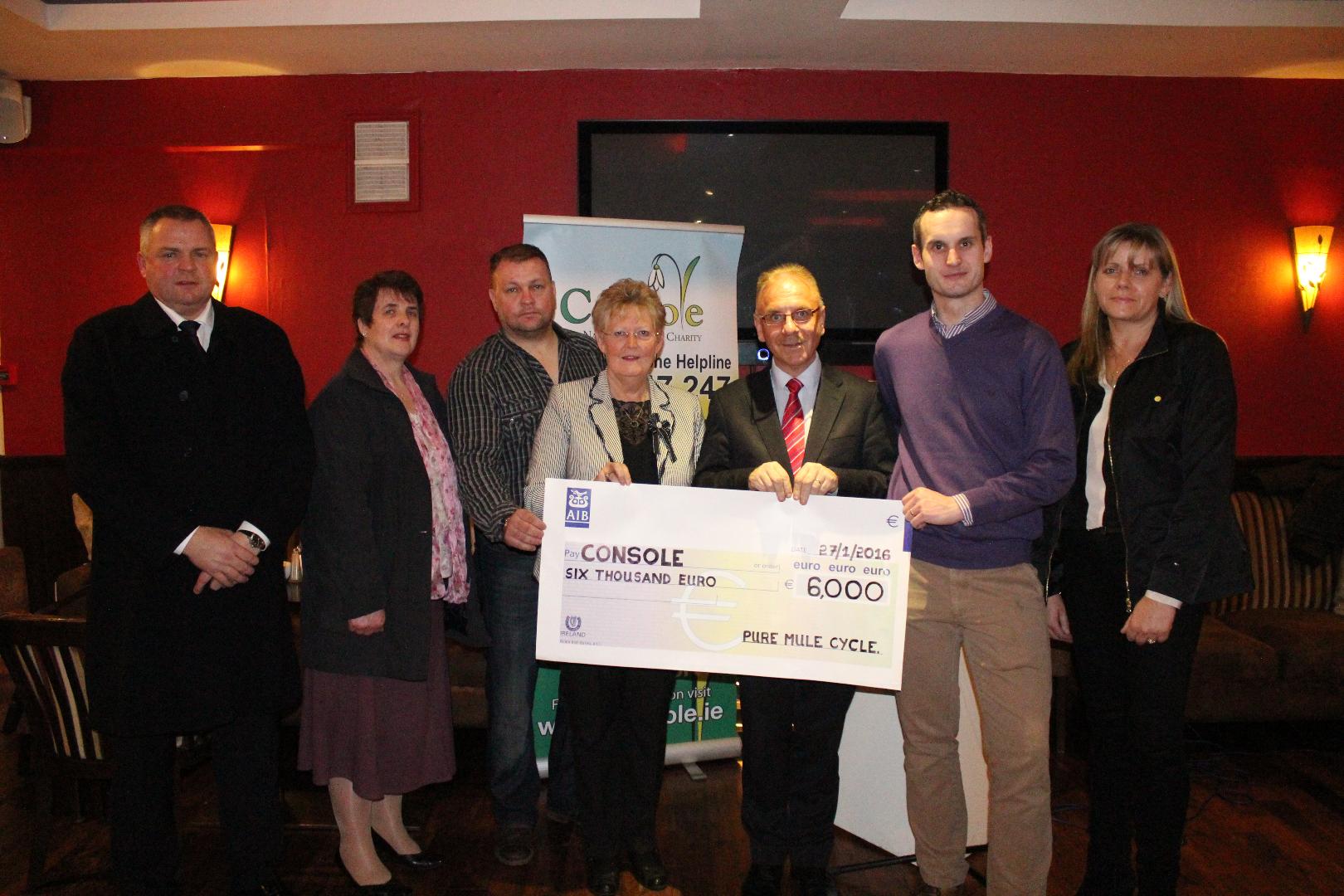 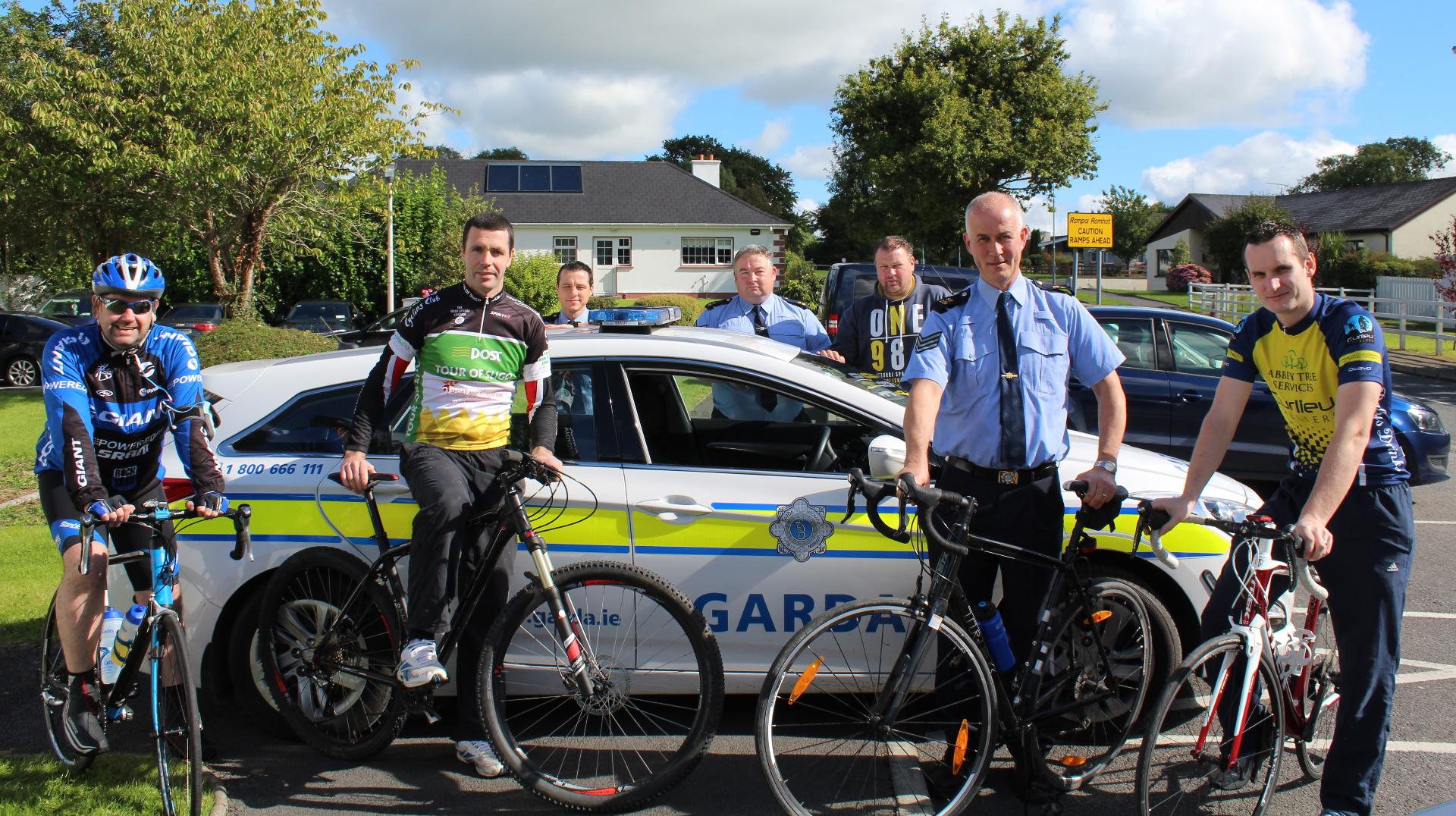 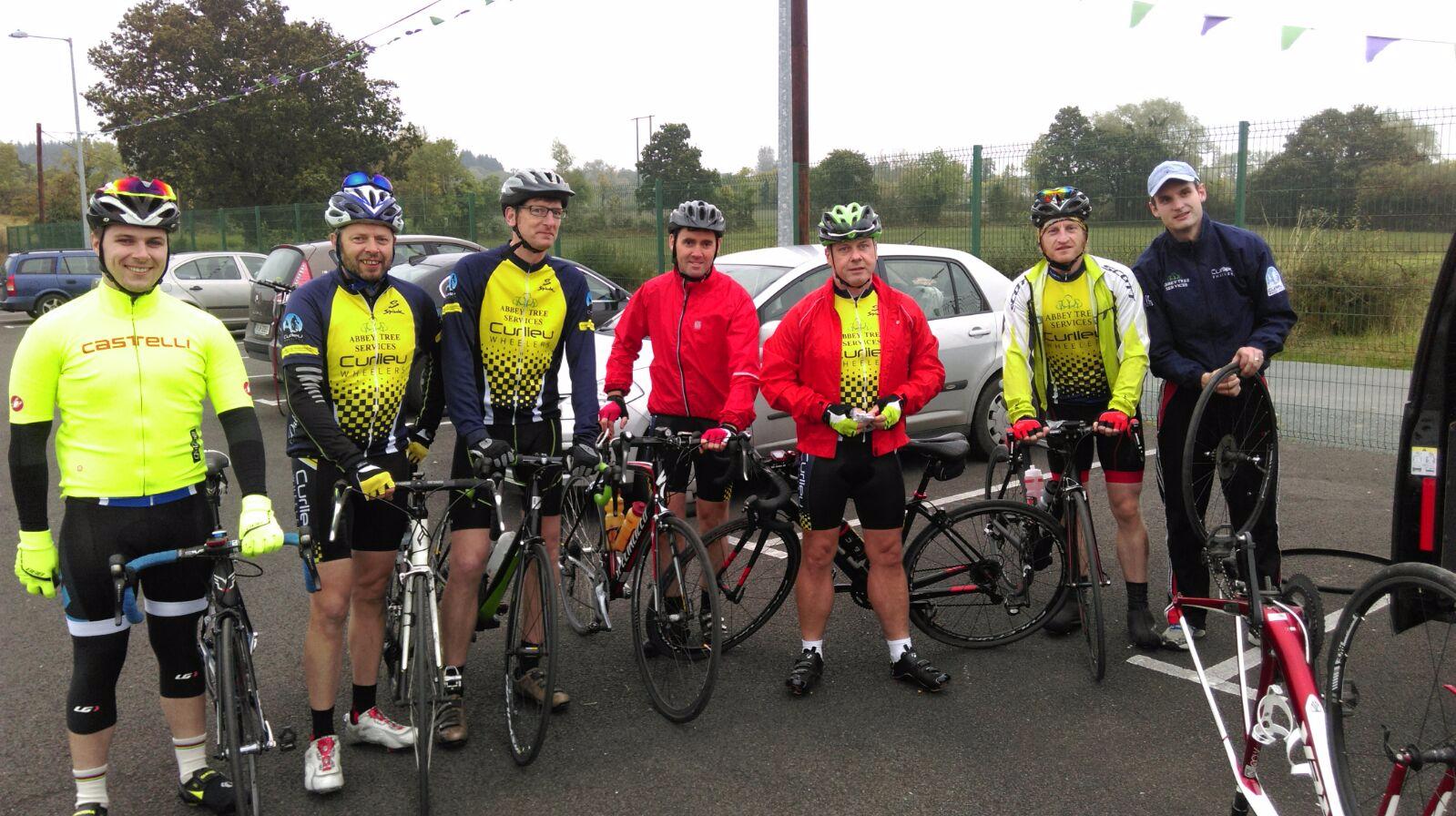