Congratulations to Canon Gerry Hanly, Boyle who has been appointed a new Vicar Forane in the Diocese of Elphin by Bishop Kevin Doran.

A Vicar Forane, sometimes called a dean, is a priest appointed by the Bishop in order to promote a common pastoral activity in a region of the diocese and to provide spiritual and pastoral counsel to the other priests in that region. 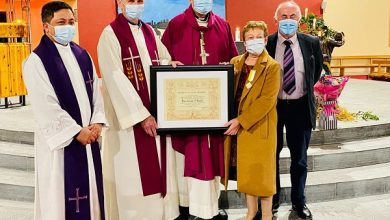