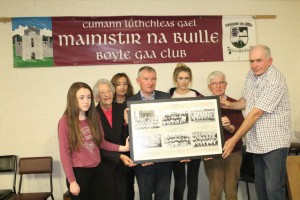 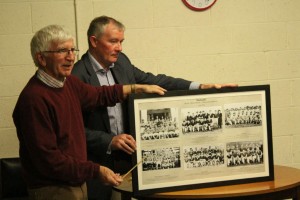 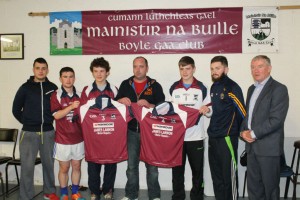 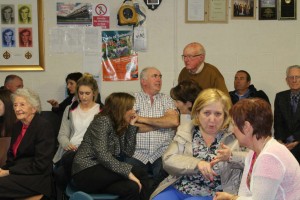 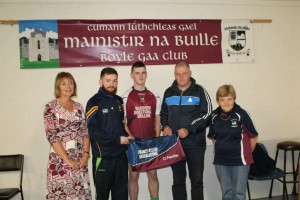 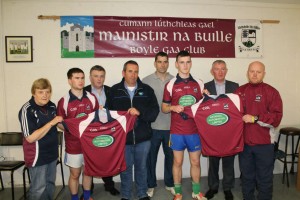 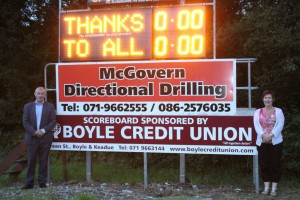 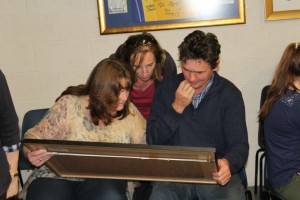 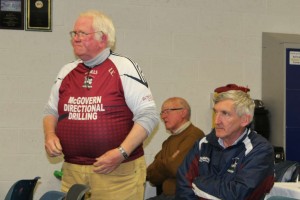 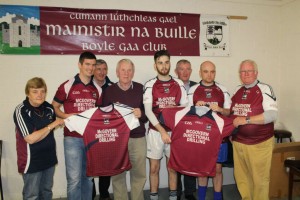 The collage of pictures depicting the football career of the late Tim Lynch was presented to Tim’s wife Nell, son Barry, daughter Odette and grandchildren Emily and Edith.

The Lynch family were thanked by Martin Dolan for the use of the Warren training pitch.

Tim, a well known local Veterinary Surgeon, was a footballer of note having played for Boyle, Roscommon and Connacht.

One of his Boyle team colleagues, Paddy Daly was also in attendance.