The building site with four incomplete houses on Green Street in Boyle that was for sale on Thursday achieved €100,000 at auction.

The portfolio of four incomplete detached houses was quoting €50,000 through BIDX1.

It is understood there were two bidders involved in the auction which was held online. 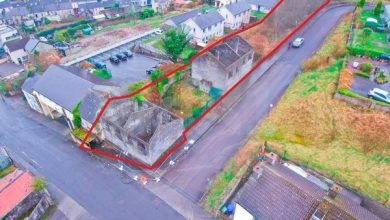